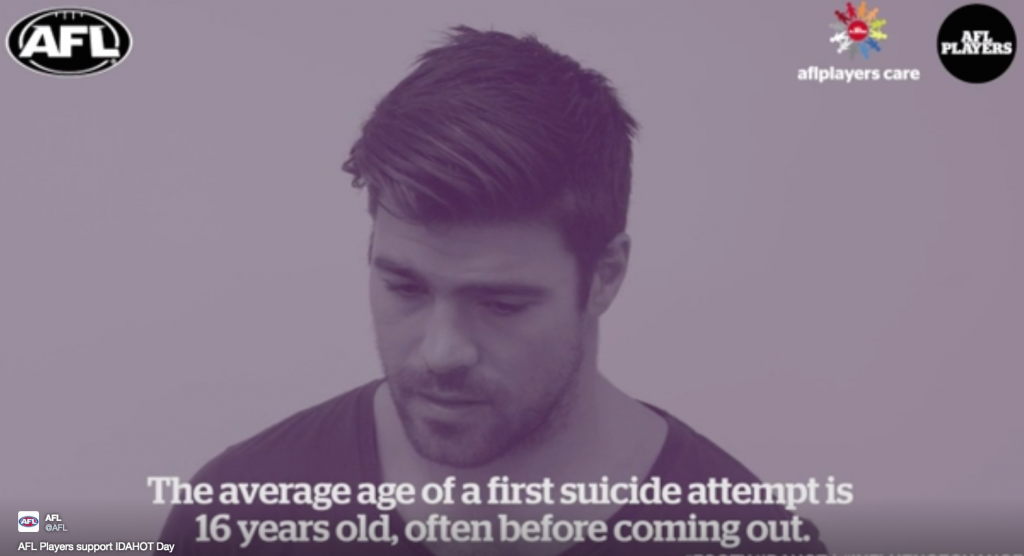 The men of the Australian Football League came together to film a sensitive and touching ad for the International Day Against Homophobia, Biphobia, and Transphobia in which they insist that homophobia and bigoted language as no place in soccer.

Drew Petrie from North Melbourne, Leigh Montagna of St Kilda, Chris Dawes of Melbourne, and AFLPA CEO Paul Marsh put aside their team rivalries by learning first about what life is really like for LGBT people in Australia. They soon go on to give a message of hope to LGBT youths, while also creating a culture of tolerance within the league.

While their is no openly gay player in the league, the AFL says now is the time for a player to come out of the closet, according to a new Herald Sun article.

Watch after the jump…

Qantas Airlines may break the record for longest non-stop flight in the world next year, when launches a 17-hour flight…