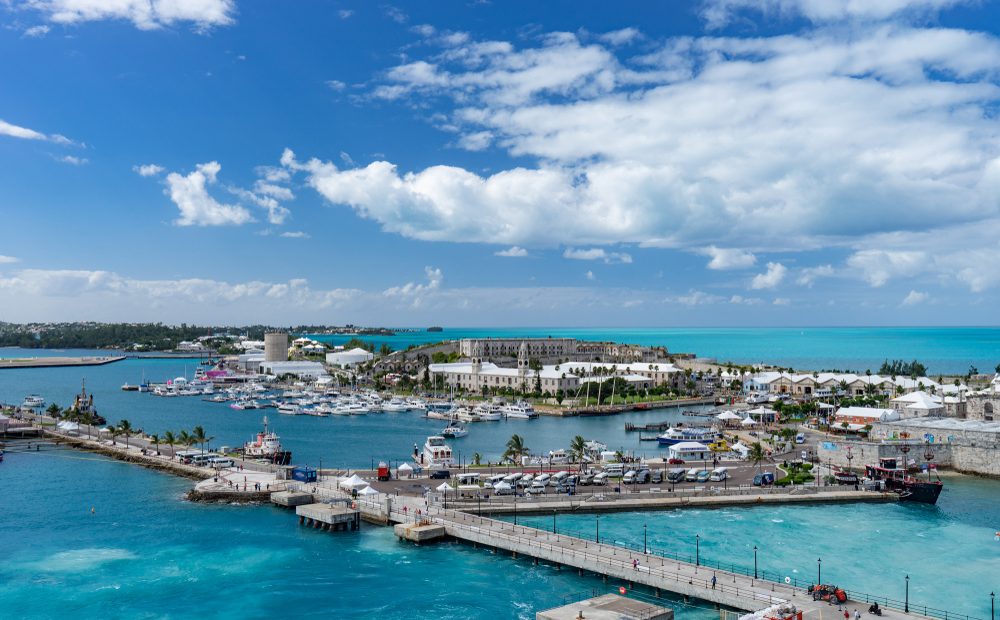 In case you needed a reason to visit Bermuda this summer, they just announced that they will be celebrating their first Pride Weekend on August 30-31! After a long struggle, Bermuda is now dedicated to celebrating diversity in all forms. They’re embracing the LGBTQI+ community, while also taking the racial history of the island into consideration. That’s why Bermuda has decided to create their first-ever pride logo using inspiration from what has become known as the “Philadelphia Pride Flag,” where two extra stripes of brown and black are added into the rainbow mix to highlight the struggle that LGBTQ people of color face. On their website, Bermuda Pride says about the new logo, “In organizing Bermuda’s first ever Pride we felt it was important to include the additional stripes in the rainbow, particularly since we as a country have both a majority black population but also a long history of racism.

To further a sense of diversity and inclusion, Bermuda is using #WeBelong for the event’s celebrations to allow everyone who participates to share the positive message that everyone belongs.

The events kick off on Friday, August 30 with the “Free to be Me” panel, which will discuss the lasting effects colonial-era laws have have on LGBTQI+ people in the Commonwealth Caribbean. It’s sure to be an interesting and powerful evening.

On Saturday morning, the festivities begin. Victoria Park will be home to a full day of exiting events. The morning begins with an open-air yoga session in the park, followed by a performance by Bermudan artist Joy Barnum. Later in the morning, the first ever pride parade will loop around downtown, leading back to Victoria Park for a full day (and night) of food, singing, dancing, and community!

If you’re looking to join the festivities, the world-renowned Rosedon Hotel is offering a Pride Package for travelers. The hotel has pledged to be a welcoming and inclusive space for all visitors to Pride. It is located only a short walk from Victoria Park, and 10% of proceeds will go to Bermuda Pride! Also included in the package are roundtrip airport transfers, free shuttles to the beach, and afternoon tea!

For more info, visit Bermuda Pride, and the Rosedon Hotel!