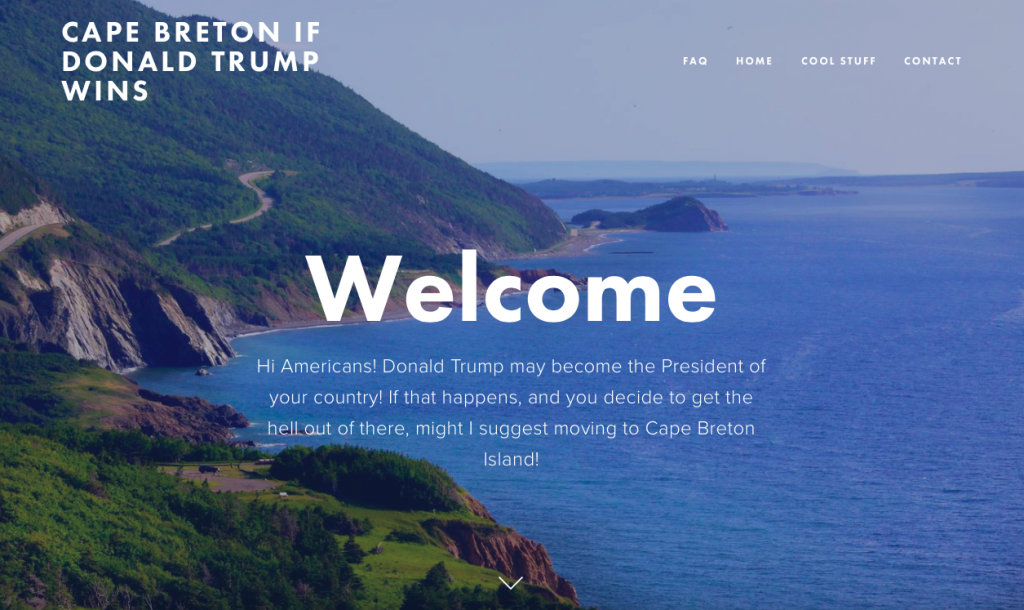 If Donald Trump were to win the presidency, some of us might be apt to pack our bags. But where to, future ex-pat? Rest easy knowing you’ve always got a home in Cape Breton, a small Nova Scotian island that’s welcoming Americans with open arms.

“Donald Trump may become the President of your country,” reads a warm, yet dismal welcome latter on Cape Breton’s website. “If that happens, and you decide to get the hell out of there, might I suggest moving to Cape Breton Island!

Cape Breton Island is experiencing “a bit of a population problem at the moment,” attributed to the island’s young people moving away en masse to find jobs. But the benefits of Canadian island life are many, from free health care to warm summers and affordable homes. Plus, the islanders themselves even say, “in Cape Breton, we value diversity!”

Maybe Trump’s comb-overed America wouldn’t be all that bad, at least for the escapees. To learn more about what may well become your new refuge, click here.