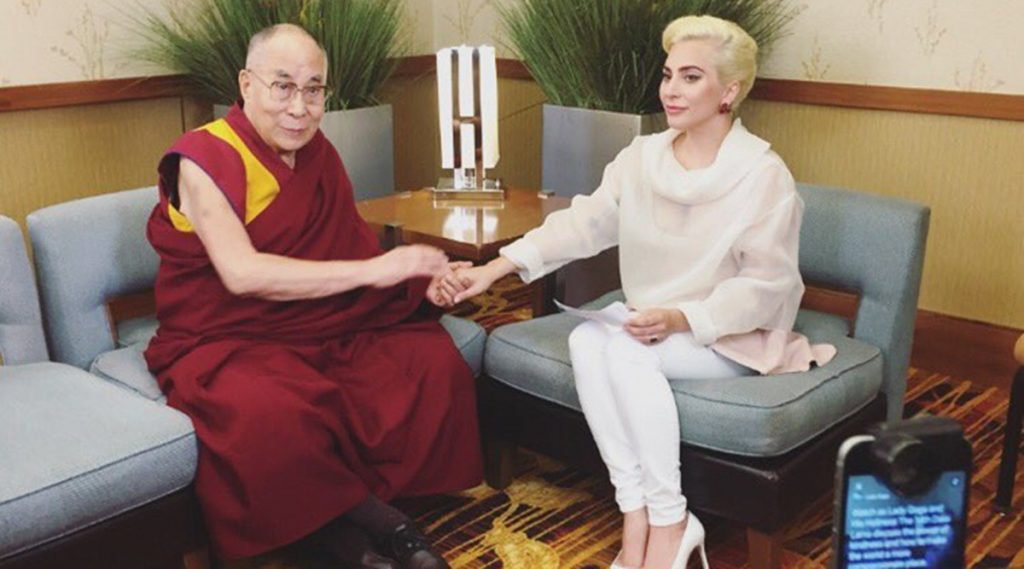 Chinese officials have reportedly banned Lady Gaga after she held a meeting wtih the Dalai Lama. The 20-minute Facebook Live video shows a smiling Gaga talking to His Holiness about world peace. “How do you help young people address issues of poor self-esteem, managing eating disorders, addiction, self-harm and suicide?” Gaga asked the Dalai Lama. He told her that “…compassion is part of our life…Your mental attitude is [a] key factor…Your mental attitude is sound with self-confidence and foresightedness.”

The conversation comes with a price, though, as Chinese news outlet Next Media reports that the Foreign Ministry Spokesman Hong Lei disapproved of the meeting, calling it Tibetan independence propaganda. “We hope that people from the international community can be fully aware of his true colors and nature.”

The Publicity Department also said the ban will go into effect today. “We need to fight against any propaganda fanning the flames of Tibet independence movement.”

We heard Barbra Streisand and James Corden singing “Enough is Enough” the other night on Carpool Karaoke and we thought:…