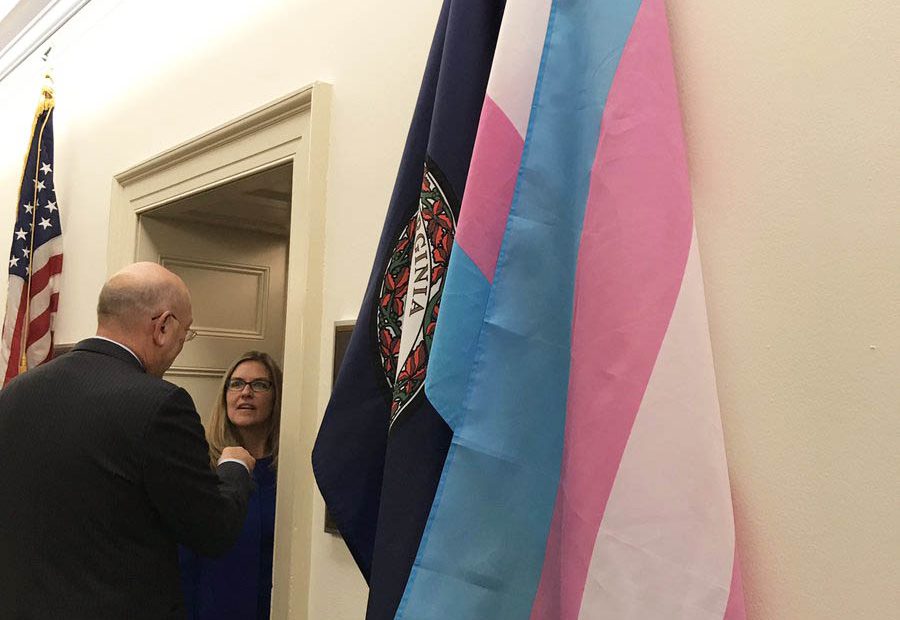 We are so proud of the new progressive members of the U.S. House of Representatives. Change is coming to Washington, and not a minute too soon. Our congratulations to everyone who was sworn in this week, and a special shout out to Jennifer Wexton, a member of Congress for Virginia’s 10th district, for her support of the transgender community.

Jennifer Wexton, the newly sworn-in member of Congress for Virginia’s 10th district, has chosen to display the blue, pink, and white striped transgender pride flag next to the official Virginia state flag outside of her office in the House of Representatives.

“The trans community has been under attack,” Wexton, who is aunt to a transgender child,  tells Washingtonian. “I wanted to show my solidarity because we are talking about my friends and family.”

Wexton has been a consistent proponent of equal rights while serving in the Virginia senate. While she was there, the state senate passed two pro-LGBT pieces of legislation that protect gay and transgender residents from housing and public employment discrimination.

The past few years have seen several wins for transgender individuals, including Danica Roem’s 2017 victory in a race for a Virginia General Assembly seat, which made her the first openly transgender woman to be elected to state legislature. Advocates see these gains as important steps at a time when the Trump administration’s relationship with transgender people is  increasingly fraught. “From the military to schools to hospitals, the Trump-Pence White House is working overtime in an attempt to erase trans people from the public square,” Human Rights Campaign spokesperson Charlotte Clymer tells Washingtonian. “The trans flag proudly on display in the Halls of Congress is a sign to our community that we will not be erased.” 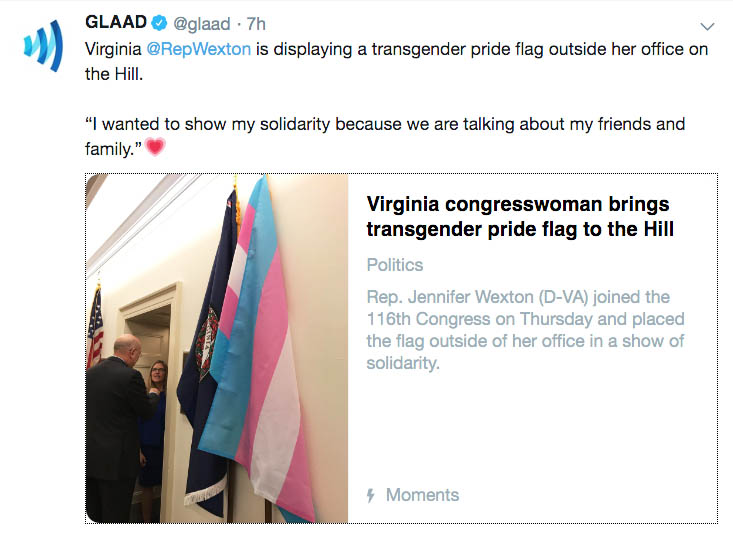 What Will Happen to Gay Marriage With Brazil’s New President in Office?