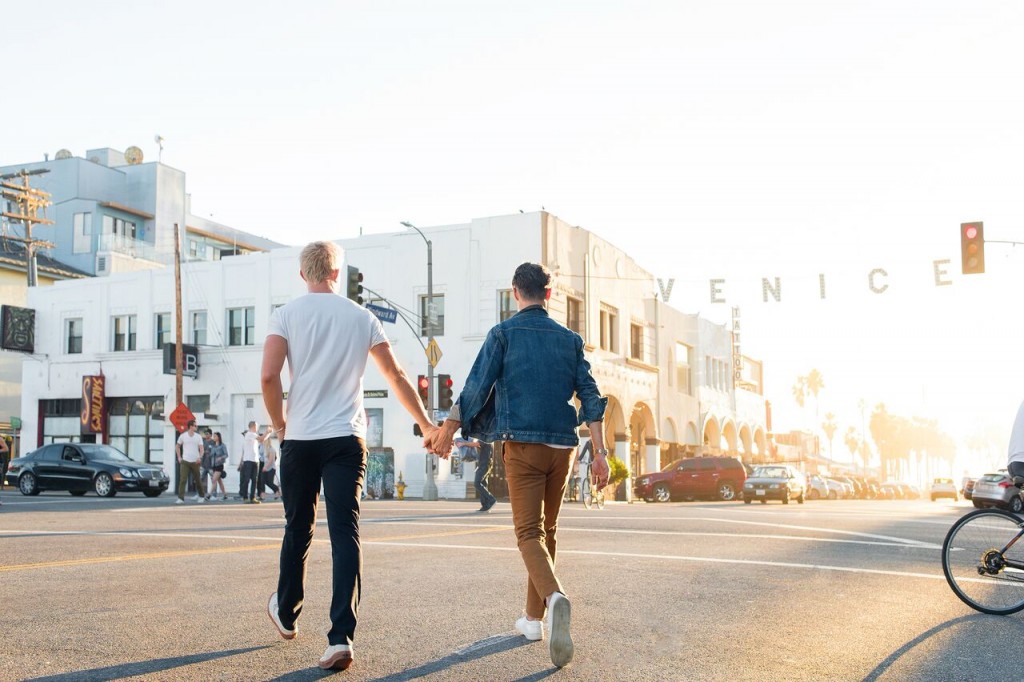 Discover Los Angeles has launched a brand-new campaign that hopes to attract the much-coveted millennial demographic. Through its “Get Lost in LA” campaign, which went live last week, the tourist board also hopes to appeal to the diversity of the demographic—this includes LGBT imagery (as seen above). The image can be found on the new campaign website as a thumbnail for the Romance L.A. itinerary. “The LGBT market is of paramount importance to Los Angeles, as we are an open-arms destination that celebrates diversity. Our strategy for the Get Lost campaign was to buy media programmatically, so we are targeting a specific target age and household income regardless of sexual orientation, gender or race,” stated Vice President of Cultural Tourism Michael McDowell. “As such, we are integrating both LGBT and mainstream images and messaging into this campaign, but we do continue to support LGBT-specific initiatives in a variety of ways throughout the year.”

The first major campaign roll out is a television spot featuring a straight couple “getting lost” in the city with the BØRNS’ track “Electric Love” aiding the action.

London is the World’s Most Tweeted Destination

By Dan Allen Yesterday we told you about the unmissable feature films screening at this year’s Outfest, one of the…