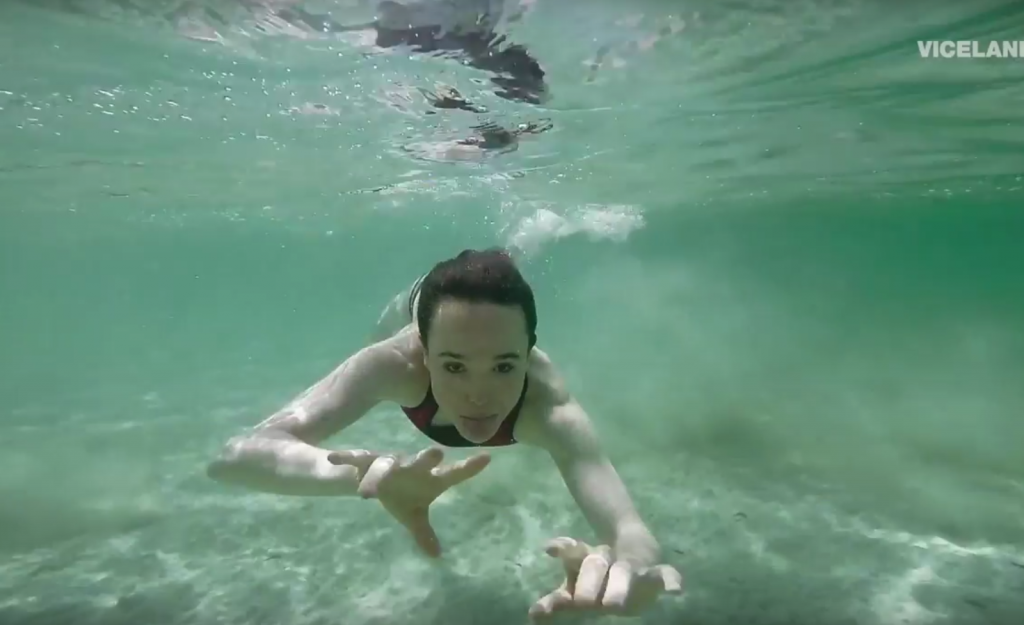 Ellen Page has taken global LGBT rights under her wing since coming out in 2014. The actress made headlines recently for confronting Republican primary candidate Ted Cruz at a rally  about his anti-gay stances. Now, Page, who has traveled the world for a new gay travel series, is showing off her chutzpah when it comes to challenging even more dangerous people than Ted Cruz.

For her new show, Gaycation, Page says she confronted a Brazilian man who bragged about killing gay people.

“It was probably one of the more scary, nerve-wracking moments I’ve had,” Page said on the Viceland Panel on a press tour. In a clip show, Page asks her travel companion: “I want to say I’m gay, do you think it’s safe?”

In the first full trailer for the series, Page and her best friend tackle the joys, the pains, the struggle, and the power of gay travel in changing perspective.

Oscar-nominated actress Ellen Page joins Chelsea Handler in-studio Thursday (12:01 A.M.) to discuss her turn as a documentation in Viceland’s docu-series Gaycation, which she and…