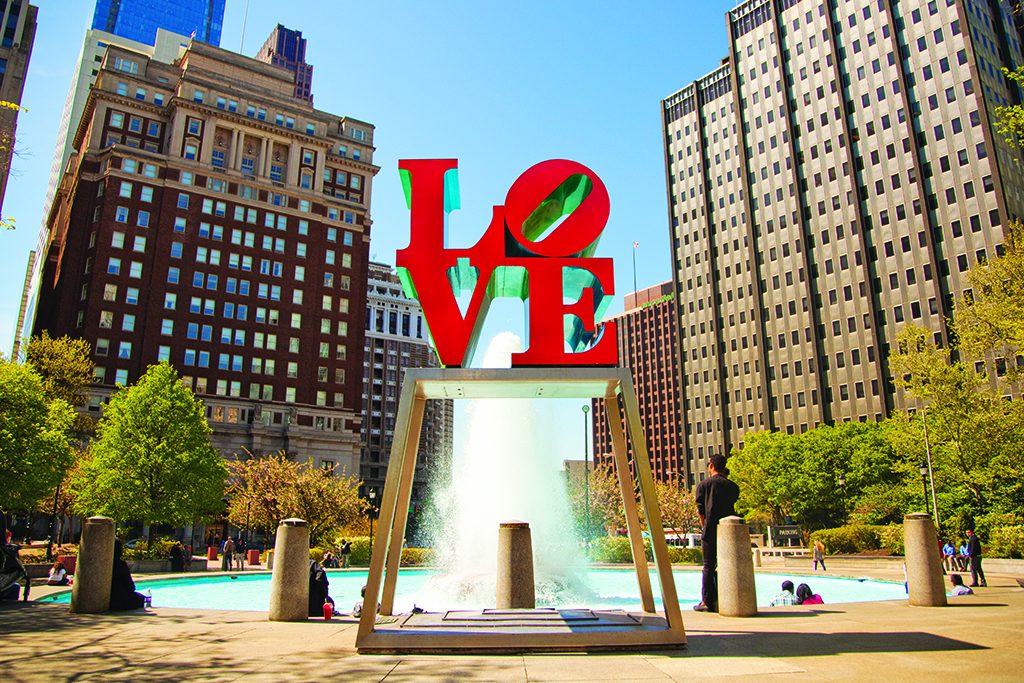 As someone who’s lived in Philadelphia for over a decade now, there’s one thing I can tell you with no hesitation: it’s a city of neighborhoods. While of course this applies to just about any city, it’s particularly marked in Philadelphia, where a few minutes’ stroll can bring you to a totally different atmosphere. Of course, there are things that united the city into a cohesive whole, including its combination of history and modernity, the gay-friendly quality that consistently lands it at the top of rankings by LGBT groups, and the immensely walkable nature of the “Center City” area, which is where we’ll spend most of our time. Set between two rivers, and only thirty blocks wide and about ten blocks long, with numbered streets going north/south and (mostly) tree-named streets east/west, the Philadelphia’s center city is a paradise for walkers. So let’s go on a tour of the City of Brotherly and Sisterly love, neighborhood by neighborhood. I think you’ll like the things we discover. I’m just sayin’.

Groundbreaking: The First Gay Magazine to Be Written in Arabic is Now Available