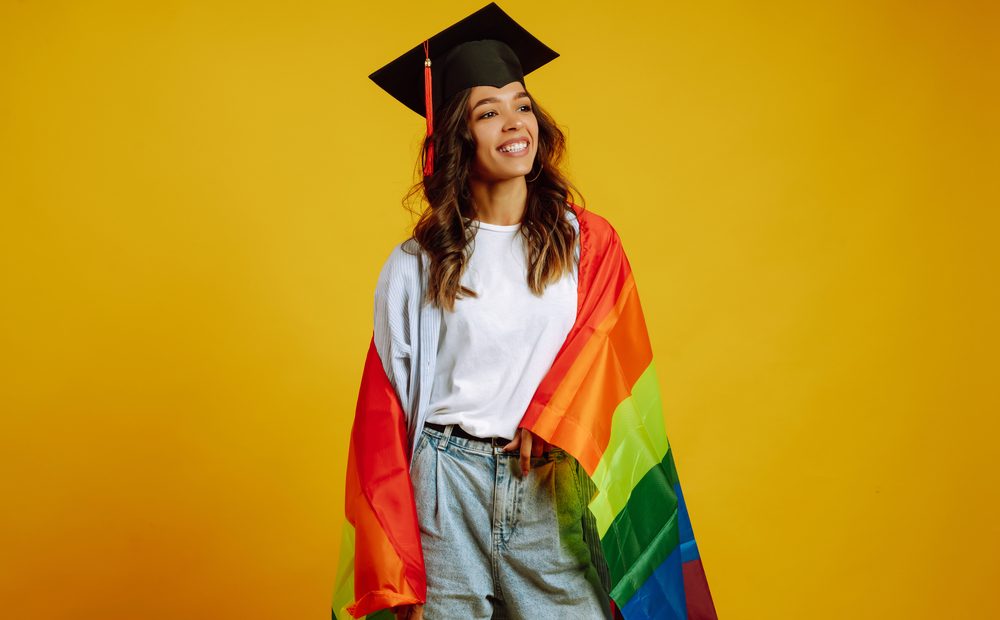 As we get closer to graduation season next month, numerous LGBTQ students will be attending their graduations. Some, however, might not feel comfortable, safe, or accepted at their schools and may be wishing they had a space to celebrate their achievements amongst other members of the queer community.

That’s why Lavender Graduation was founded in 1995 at the University of Michigan. According to the Human Rights Campaign (HRC), “The Lavender Graduation Ceremony was created by Dr. Ronni Sanlo, a Jewish Lesbian, who was denied the opportunity to attend the graduations of her biological children because of her sexual orientation.”

Sanlo was also a professor at the University of Michigan and realized that some of her students might be feeling ostracized and uncomfortable the way she felt at her own children’s graduation. And thus, Lavender Graduation was born. Sanlo held the first ceremony at U of M in 1995 as a way to create a safe space for LGBTQ graduates to be recognized for their accomplishments and to celebrate with their peers.

The HRC describes Lavender Graduation as “a cultural celebration that recognizes LGBTQ students of all races and ethnicities and acknowledges their achievements and contributions to the university as students who survived the college experience.”

Now, the celebrations are held at over 200 universities around the country, ranging from small, conservative schools like Boston College to large state universities like the University of Montana. This year, a Lavender Graduation ceremony was even held at Utah’s extremely homophobic, Mormon-funded Brigham Young University.

The ceremony was arranged by a former BYU professor, Dr. Roni Jo Draper, and was attended by 22 students. According to the Daily Herald, Dr. Draper said that she wanted to help the students feel accepted and feel accomplished for all they had achieved during the last four years. She told the publication, “I want them to know that they’re valuable, that they’re valued, that other people in the community see them and value them.”