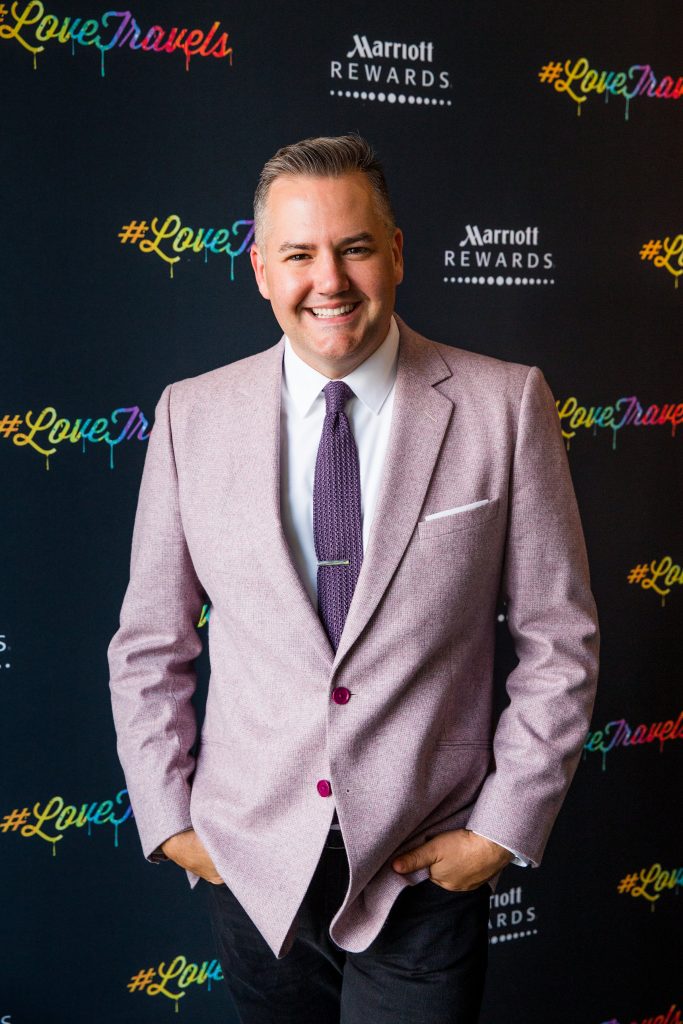 Is there anything that Ross Mathews can’t do? Consider that, on top of his day job as the ever-bubbly host and TV personality behind a nationally syndicated daily talk show, Hollywood Today Live (which was just renewed for a second season), he also hosts a top-rated weekly podcast, “Straight Talk with Ross Mathews.” Add to the running list: best-selling author (Man Up!), host du jour on E! Live from the Red Carpet, and newly minted judge on RuPaul’s Drag Race.

The 36-year-old entertainer may have landed his big break as the scene-stealing intern, then correspondent on The Tonight Show with Jay Leno, but these days, “Ross the Intern” occupies a league of his own with top coverage of the Academy Awards and now the Olympics under his belt, scores of devoted fans, and a panache like no other’s.

During last year’s Capital Pride, Mathews turned heads atop the Marriott Rewards parade float by officiating the now-legal nuptials of George Carrancho, 49, and Sean Franklin, 47, right along the parade route. This year, Mathews’ latest project in Pride, a second partnership with the Marriott Rewards #LoveTravels campaign, was also met with epic proportions, amassing some 3,500 contributors for a monumental art installation in Washington D.C., with artists including Laverne Cox and Jazz Jennings, star of TLC’s I Am Jazz.

During a rare moment of downtime on the set of Hollywood Today Live, Ross sat down with Passport in the Green Room to talk Capital Pride, in-flight fashion, and what #LoveTravels means to him.

Chris Barron Flops on ‘Gays For Trump’ in CNN Debate

Was the Orlando Massacre an Act of ‘Revenge?’ Man Who Claims to Have Had Sex with Omar Mateen Speaks Out

Sports Illustrated features their first transgender model for their famous swimsuit issue. Throughout the magazine’s history (it premiered back in…