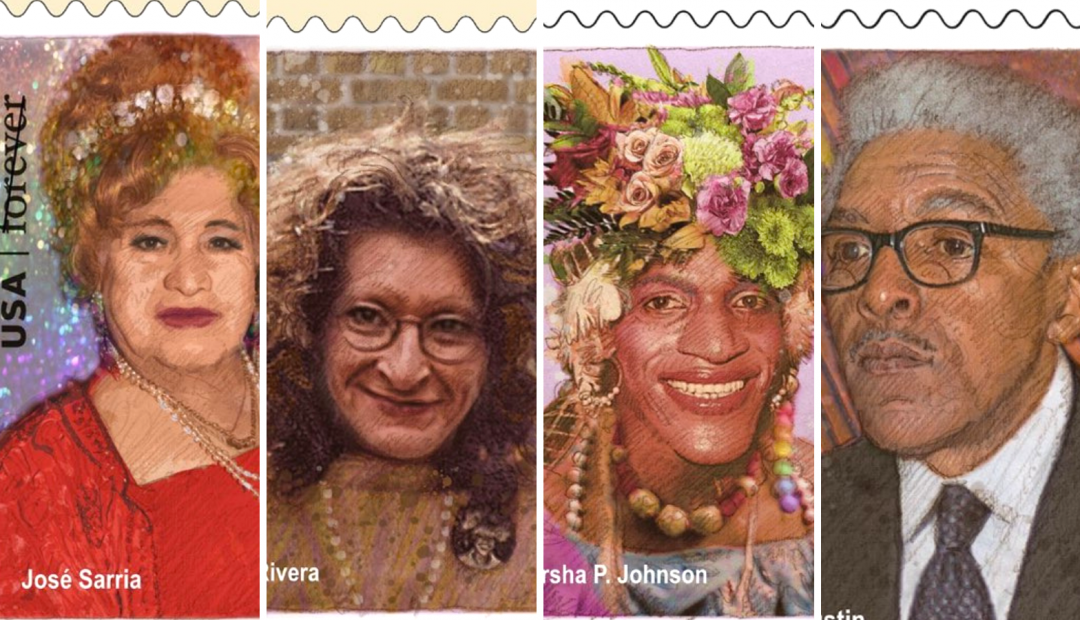 The international Imperial Court System (IICS) is teaming up with the National LGBTQ Task Force to launch a campaign asking the United States Postal Service to collaborate in creating a new stamp collection that will honor LGBTQ heroes like Bayard Rustin, Marsha P. Johnson, Sylvia Rivera, and José Julio Sarria.

The IICS and National Taskforce previously joined forced back in 2014 to call upon President Obama to commemorate the life and work of Harvey Milk by issuing a commemorative stamp in his honor. The campaign was a success and the White House unveiled the stamp on what would have been Milk’s 84th birthday.

“The National LGBTQ Task Force is thrilled to continue supporting this effort,” said Kierra Johnson, Executive Director of the Task Force, “This campaign recognizes the contributions that the trans and drag communities, particularly people of color who have given so much to the larger LGBTQ community and still do not have the visibility or credit they deserve. We saw the tremendous success of the Harvey Milk stamp and encourage the U.S. Post Office to create more – and more diverse – representations of LGBTQ icons.”

Bayard Rustin was an American leader in social movements for civil rights, socialism, nonviolence, and gay rights. Along with A. Phillip Randolph, he helped organize the 1941 March on Washington and was the leading architect of the 1964 March on Washington. He is most well known as an advisor to the Reverend Dr. Martin Luther King, Jr. Rustin died in 1987 and is a posthumous recipient of the Presidential Medal of Freedom by President Barack Obama. A documentary film of his life is currently being produced by former President Obama and First Lady Michelle Obama, and is written by Oscar winner and screenwriter Dustin Lance Black.

Marsha P. Johnson and Sylvia Rivera are iconic drag queens/trans activist who were part of the 1969 Stonewall uprisings, and became leaders in the Gay Liberation Movement. Together they helped found the group STARR (Street Transvestite Action Revolutionaries), which offered housing to homeless and transgender youth, a particularly vulnerable population. Johnson and Rivera recognized that many transgender people turned to sex work after being rejected by their families, and they faced additional hardships and dangers through being unsheltered. Johnson and Rivera opened the first LGBTQ youth shelter in North America, and these trailblazers became the first trans women of color to lead an organization in the United States- all while navigating mental and financial instabilities of their own. Marsha P. Johnson was found dead of mysterious causes in 1992, and Sylvia Rivera died of liver cancer in 2002.

José Julia Sarria was a proud Latino World War II veteran who while living in San Francisco in 1961 became the first openly LGBTQ candidate to run for public office. He is most well known as the founder of the International Imperial Court System which now has 70 city chapters in the US, Canada and Mexico. He is also a founder of two of the earliest homophile civil rights organizations in the United States: the League for Civil Education in 1961, and the Society for Individual Rights in 1963.