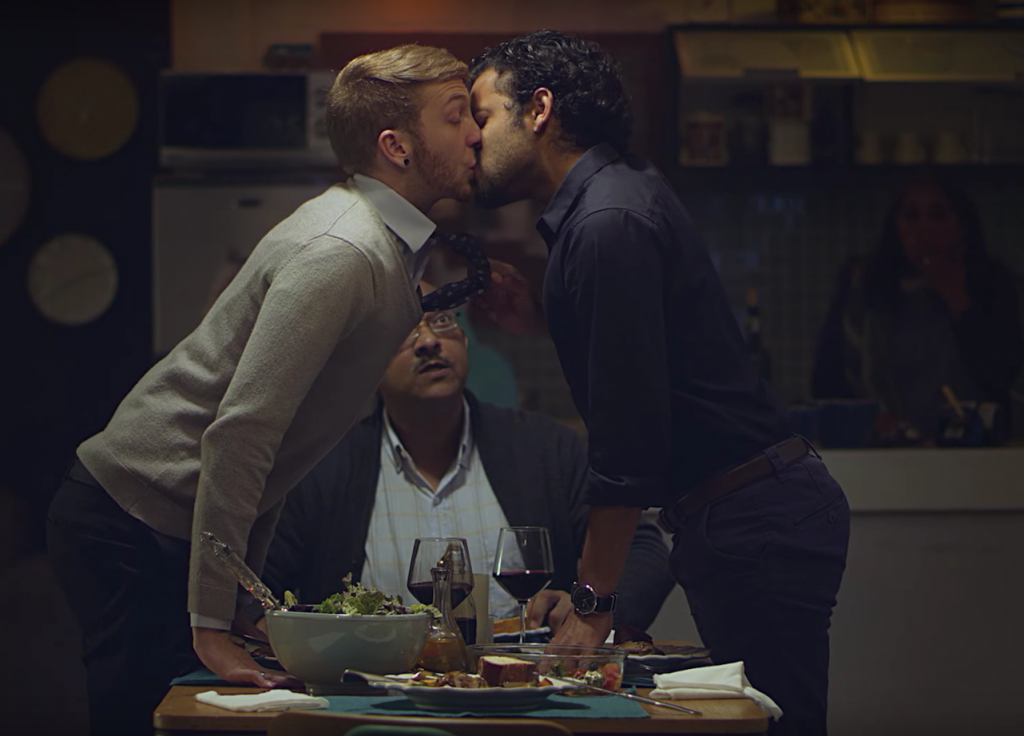 In a country where complications from AIDS continues to kill around 200,000 people a year, you would think the South African media would try to get the safe-sex message out by any means possible. Unfortunately, media bosses have nixed an HIV/AIDS prevention advert in which two men kiss because it’s too racy. The ad features an interracial gay couple kissing with the words “We’re brave enough to come out. So we’re definitely brave enough to cover up.”

The We The Brave organization, out of fear, will not reveal which media company told them to “tone down” the ad, but one of the organization’s members told the news, “It astonishes me they would put lives at risk because they don’t want to show a gay kiss. If our ad was offensive in any way, we would understand but this wouldn’t offend anybody.”

You can watch after the jump…

Being Seen is a new podcast that tackles the struggles, accomplishments, and unique intersectionality of queer black men. The podcast…