The new season of RuPaul’s Drag Race, which premieres on Friday, is causing quite a stir. The show will be introducing its first-ever straight, cis-gendered drag queen, Maddy Morphosis.

Some members of the LGBTQ community are sharing their outrage that a cishet male is able to partake in drag, a performance art that is largely associated with LGBTQ men. PAPER magazine shared comments from Twitter users that said things like, “Oh yes, the most oppressed group of people needed representation in media.” and NBC News shared a user’s comment that said, “imagine being a drag queen having drag as your safe space from all the straight men that made you feel like you don’t belong… and now you’d be competing against a straight white guy… on a show centered on queerness?!?!”

But these comments, and the others like them, are unfounded. Maddy’s heterosexuality doesn’t inherently put the other queens at risk or infringe on their safety and comfort. Nor does it have anything to do with marginalized people. Judging Maddy and the show before it even premieres is hypocritical. The LGBTQ community can’t demand acceptance, inclusion, pride, and diversity, then simultaneously say a heterosexual can’t take part in performance art or a reality TV show based solely on their sexual orientation.

Furthermore, similar debates have been brought up in the past about cis women and trans people taking part on Drag Race. RuPaul himself has even undergone a massive transformation on the subject. In 2018 RuPaul infamously said that trans women doing drag was like athletes using steroids at the Olympics.

However, as queens like Gottmik, Peppermint, Victoria Stone, and Kylie Sonique Love have proven, cis women and trans people very much have a seat at the table in the world of drag. Plus, if you look at performers like Elvira and Pam Ann, it’s clear to see that cis women have been doing drag for decades.

Fortunately, many queens have come to Maddy’s defense. The legendary Lady Bunny herself took to Twitter to blast the LGBTQ community for focusing on such trivial issues when real pressing matters, like the Equality Act, aren’t getting nearly enough attention. On her account she stated, 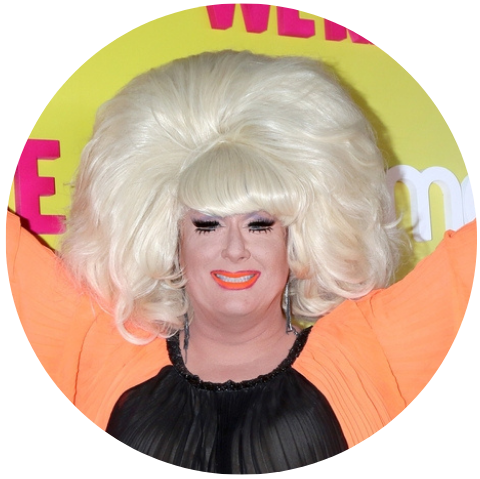 “I don’t care who or what type is cast on Drag Race. What I do think
is odd is how a Drag Race casting is elevated to be the pinnacle of a
gay rights battle. Many of those clamoring for “gay safe spaces” and
protecting the LGBTQ community from a straight drag queen on a
reality show seem to forget that a bill languishes in the Senate which
affects our actual safe spaces—jobs and homes free from
discrimination. Which did you hear more about—the Equality Act or
Maddy Morphosis? If you have more opinions about who’s cast on a
reality show than the Equality Act, you’re the “activist” doing the
absolute least. Many have a lot to say on a non-issue like casting, on
a show which they themselves elevated. It’s low-hanging fruit for
the mentally lazy.”

Many other queens also came to Maddy’s defense, including Drag Race alums Tempest DuJour, Joey Jay, Kahanna Montrese, and others.

If you want to actually protect safe spaces for LGBTQ people, listen to Lady Bunny and stand up for the Equality Act. The HRC has a webpage with tons of info on how you can help, including contacting your congresspeople, sharing your stories, or joining nonprofits that fight for civil rights.

‘Gender Queer’ and the Fight Over Censorship

At the end of May, a whopping 23 queens will partake in a very special live digital drag festival titled…