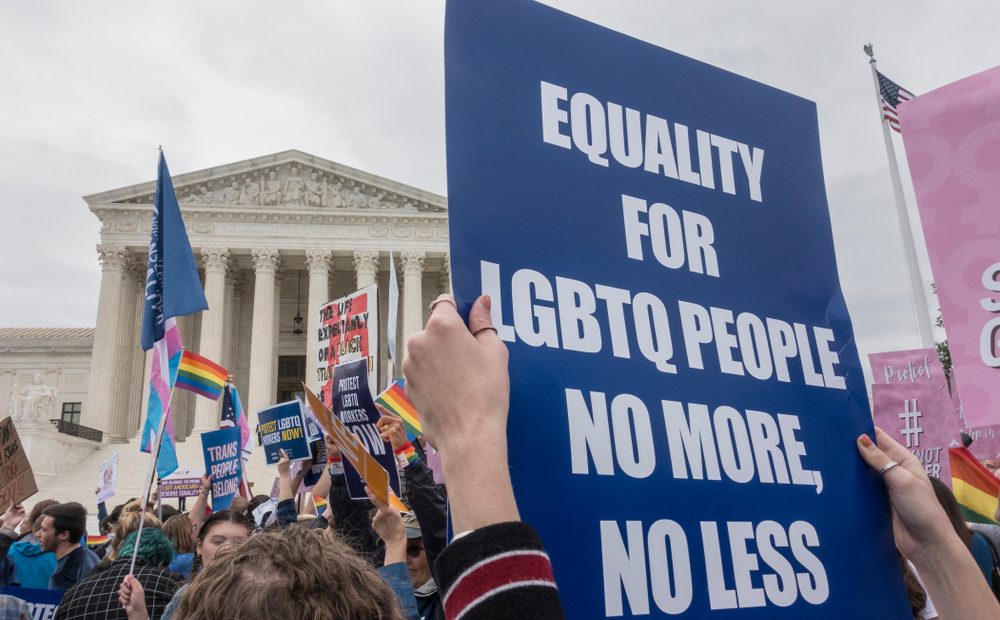 In yet another blow to civil rights during the Trump era, members of the Supreme Court are now declaring that gay marriage is an attack on “religious liberty” and is “hurting people’s lives”. The anti-gay opinions came from justices Clarence Thomas and Samuel A. Alito Jr. after the court declined to hear the case of Kentucky clerk Kim Davis (who was famously jailed for refusing to do her job after gay marriage was legalized.)

While the two supported not hearing Davis’ case, they followed up by stating,

“Davis may have been one of the first victims of this court’s cavalier treatment of religion in its Obergefell decision, but she will not be the last…Due to Obergefell, those with sincerely held religious beliefs concerning marriage will find it increasingly difficult to participate in society without running afoul of Obergefell and its effect on other anti-discrimination laws.”

“It would be one thing if recognition for same-sex marriage had been debated and adopted through the democratic process, with the people deciding not to provide statutory protections for religious liberty under state law. But it is quite another when the court forces that choice upon society through its creation of atextual constitutional rights and its ungenerous interpretation of the Free Exercise Clause, leaving those with religious objections in the lurch.”

Even worse, if Trump can push through Amy Coney Barrett, who is extremely homophobic, the court would be so conservative-leaning that it would be almost impossible to stop them from overturning Roe v. Wade, or the Obergefell decision legalizing same-sex marriage.

The ACLU responded to the justices’ comments by stating, “It is appalling that five years after the historic decision in Obergefell, two justices still consider same-sex couples less worthy of marriage than other couples. When you do a job on behalf of the government — as an employee or a contractor — there is no license to discriminate or turn people away because they do not meet religious criteria. Our government could not function if everyone doing the government’s business got to pick their own rules. That’s exactly what’s at stake in a case that will be argued on Nov. 4 — Fulton v. City of Philadelphia. We will fight against any attempts to open the door to legalized discrimination against LGBTQ people.”

It should be noted that America was built on a separation of church and state. Sadly, that notion is often forgotten by members of the Republican party.

The Gays Are Taking Back the Term “Proud Boys”