In West Hollywood, it’s as if every cook in town is dedicated to keeping you hale and hearty. It takes the chef, kitchen crew, waitstaff, and every last edible ingredient to make lunch or dinner the meal your body deserves.

Since healthy is in the details, when it’s time to fuel up (our list is in alphabetical order) try The Abbey. If you’re new in town and want to eat well and also make friends, check out this indoor-outdoor “gay Disneyland.” 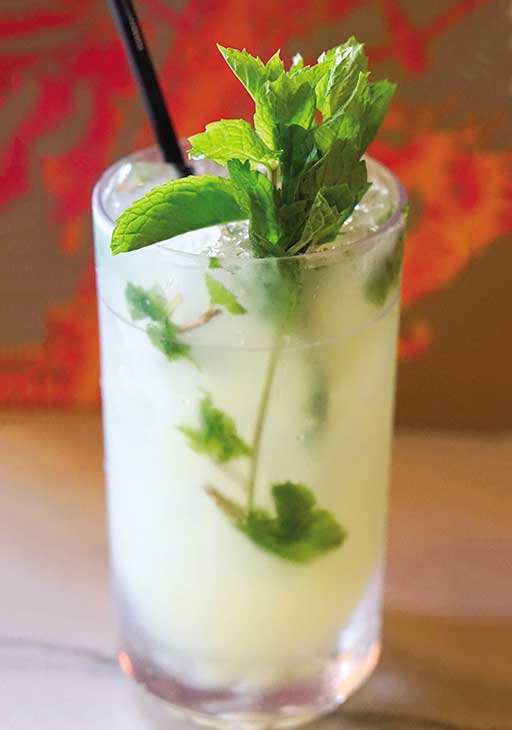 It’s “welcoming like a church is supposed to be,” according to fit Victor Tomasino, who has leading-man looks and is the leading man here. Once an actor, now general manager, he said that growing up in Dorothy’s hometown of Kansas, and having parents who were figure skaters, well, of course, he had to turn out gay.

Everything is made on-site here except the bread. Most popular are the shared plates like calamari, fresh ahi tuna sliders, or the very popular hummus plate with pickled vegetables. There’s a protein breakfast for body builders, veggie omelets, and options to customize to suit your whims. The appetizer plate is amazing and might be enough for lunch.

Two hundred cocktails are on the menu in case you’re off the wagon, including “One of a kind to blow your mind.” Their popular acai drink that was created by a drag queen and is as pink as Jayne Mansfield’s palace.

On the other hand, there are also healthful non-alcoholic drinks, like the virgin mojito.

It’s not just about the food and drink at The Abbey. With an IMAX-size screen as a backdrop, it’s really jumping here. Lively, friendly, busy, it’s open early for breakfast and until late at night, when it sheds skin to become a nightclub. Sometimes called, “the West Hollywood Town Hall,” patrons have included celebrities like Maria Shriver and Ellen DeGeneres. Lisa Vanderpump, who happened to be lunching here today, said, “Everything David Cooley (Abbey’s visionary owner) touches is a success.”

Elizabeth Taylor loved the place too. She made her last public appearance here, in a wheelchair. Now one dollar of every “Elizabeth Taylor Martini” goes to AIDS research. A shrine, featuring a memorial photograph, is displayed right up front.

The restaurant’s twin is next door. Called the Chapel, it’s a bar/nightclub, with a pulpit from where the DJ spins; no surprise to see him dressed as a pope. It’s the place you can feel spiritual, nourished, and lusty as you dance away the calories.

Find an entirely different vibe at Gracias Madre, a Mexican-vegan spot with a quieter ambience. The outside is all tree-shaded elegance, a perfect spot for the popular salad lunch. Or, the biggest crowdpleaser, flaute de camote, the sweet-potato-quinoa-guacamole dish with cashew nacho cheese. There are many chopped salad choices, green or tropical smoothies, and a variety of tortas. Madre’s Bowls are packed with everything you should be putting on your fork. Kale has taken over menus like kudzu, but cashew créma is the star here. 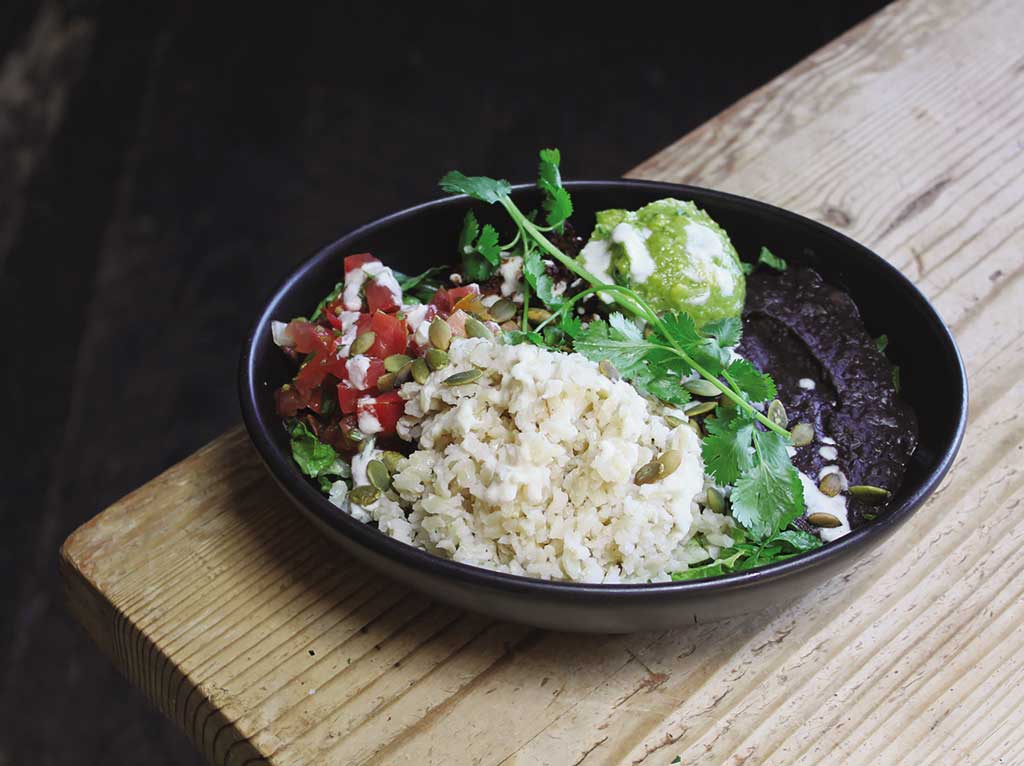 People who are not vegan are in the majority of diners, a surprise, but no surprise, everything on the menu is organic, cholesterol-free, and well-balanced. The salt used in all recipes is 100 percent mineral salt, claimed to be healthier than the ordinary kind in your salt shaker at home.

The tasting menu includes starters, entrées, and a dessert of Mexican Wedding Cookies, whether or not you’re interested in celebrating your own here. All this for $20.

Executive Chef Chandra Gilbert, a transgender person, kept his original name and was cheered on by a supportive family. He grew up in San Diego, went to college, but said he wasn’t as much interested in English literature as he was in his part-time cooking job. “I learned with the best chefs in both California and Mexico,” he says.

One thousand Margaritas are ordered here every day. The Puristas are the most popular, sold by the glass at about $13, or in pitchers for $60. If you have $200 to spend for a high-end drink, try the Claze Azul Ultra. The Sour Tiesel at $12, is a CBD cocktail, the beloved classic, featuring a tincture of cannabidiol.

One might see Beyoncé sipping one here, or Matt Damon biting into a taco. Paul McCartney has been here, too.

12 Valentine’s Day Destinations too Sweet to Pass Up!