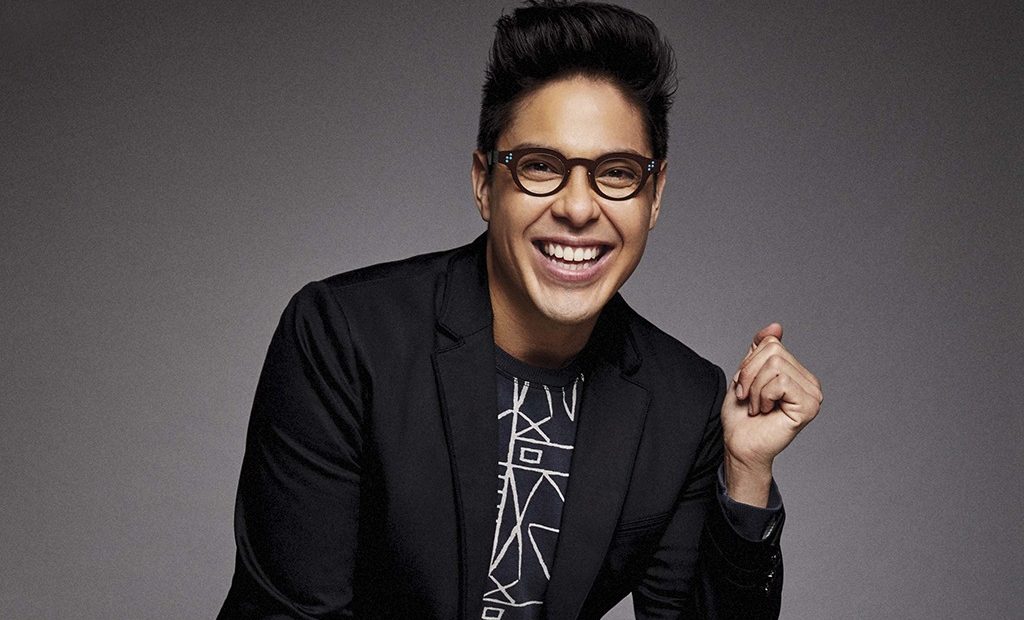 The video of George Salazar singing “Michael in the Bathroom” from the new Broadway musical Be More Chill (Lyceum Theatre, 149 West 45th Street, NYC. www.bemorechillmusical.com) defines “going viral.” The Gen Z anthem has been viewed more than three million times on YouTube and has helped drive Joe Iconis and Joe Tracz’s musical to cult status since its 2015 regional theater premiere.

The musical, based on the young adult novel by Ned Vizzini, follows the futurist adventures of a teenager after he swallows a “squip”—a microcomputer chip that catapults him from loser to levelheaded. Salazar plays his bestie, a role that he originated and has helped develop since the show’s inception. Salazar’s life, both personally and professionally, continues to blossom as Be More Chill’s long journey finally arrives on Broadway.

What’s different for you this time around since you made your Broadway debut in the 2011 revival of Godspell?

In a way, this feels like my Broadway debut because I was a completely different person when I did Godspell. I was so lost and didn’t have a clear idea of who I was, as a human being, as an artist, and as a gay man. I felt so conflicted and wasn’t out to my father. I’m having all of those first-time emotions. It’s also a show that I’ve been head over heels in love with for the past four years. It’s more than a dream come true.

For those living under a rock, how would you describe your role of Michael Menn?

Michael is the best friend we all wish we had, and the best friend we all wish we could be. He is unapologetically himself and delightfully weird and quirky. He doesn’t feel the need to fit in. He’s the type of high schooler I wish I had the courage to be, and the type of person that I’ve spent hundreds of dollars on therapy to try to become! He’s a kid who has it all figured out.

It’s been wild to meet the young people who love this show. I’m meeting 13-year-old trans kids who are so comfortable in their skin, and whose parents are so supportive and love them unconditionally. My goal is to create a representation of the kind of courage and bravery that exists in young people these days. I had a rough journey and came out to my father at 30 years old, so to see young people like this makes my heart explode. Michael is the only person in the show that doesn’t feel the pressure of changing himself to fit other people’s expectations.

Check out our review of Be More Chill over at the The Broadway Blog.

Equality Act is Reintroduced to Congress