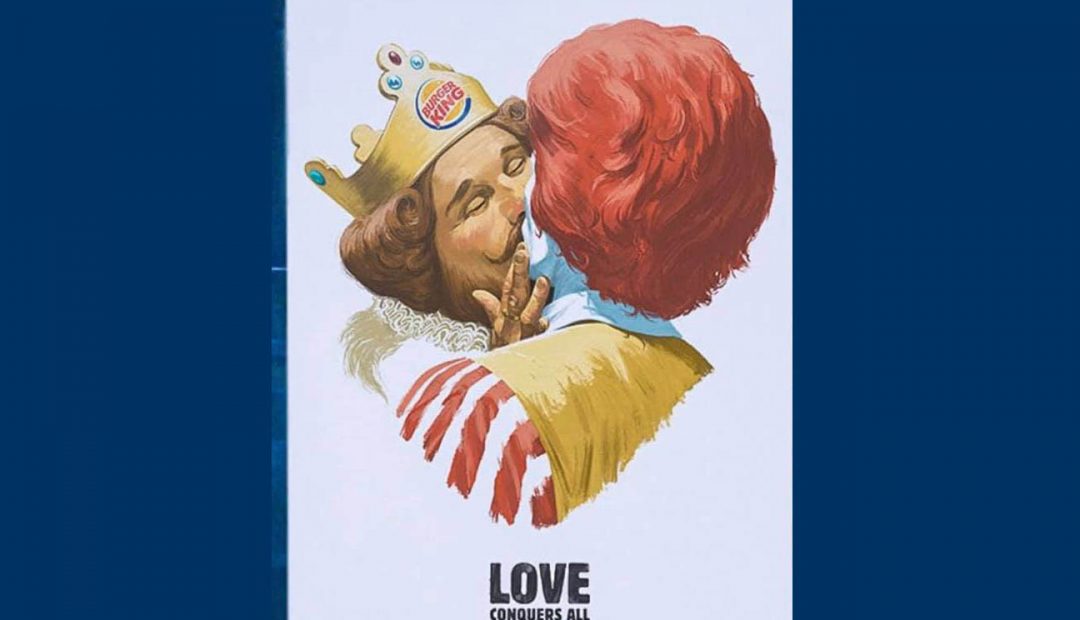 To celebrate Gay Pride Week in the Finnish capital of Helsinki, Burger King has launched a new ad that features The King and Ronald McDonald kissing. A caption of the bottom of the ad reads, “Love Conquers All.”

The head of Burger King’s Finnish marketing divison, Kaisa Kasila, stated, “Burger King has always stood for equality, love and everyone’s right to be just the way they are.”

The ad was designed to show that The King is even willing to show love to his biggest competitor, Ronald McDonald.

Proud to see Burger King Finland as the official partner of The Helsinki Pride. Even more proud of our 100% Corporate Equality Index. Congrats to Kaisa from the BK Finland team for such a beautiful execution. @HRC #helsinkipride2020 #helsinkipride #loveconquersall pic.twitter.com/lmQD4Waepz

Fer Machado, the Marketing Director for RBI (the company that runs Burger King, Poppeyes, and Tim Hortons) even took to Twitter to commend the Finnish branch of the company for their work towards equality.

Despite the Trump administration telling US Embasasies not to put out pride flags during pride month last year, that didn’t stop the US embassy in Helsinki from taking part in this year’s festivties as well.

Kasila also stated, “We know McDonald’s stands for the values we stand for, too… We thought, what a better way to convey our values than by portraying an all-encompassing kiss between Burger King and McDonald. We wanted to show that in the end, love always wins.”

Discovering The Wonders Of LGBTQ Helsinki