The Family Research Council, an anti-abortion and anti-LGBTQ organization, which was deemed a hate group in 2010 by the Southern Poverty Law Center, is notoriously vitriol and dangerous. Throughout the last decade, the group has helped give a platform to anti-LGBTQ politicians like Ted Cruz and Rick Santorum, advocates for conversion therapy, mocked teen suicide, called trans people “peeping Toms” and rapists, and lobbied to allow businesses to discriminate against the LGBTQ community.

Now, they’re at it again. The group just released a lengthy diatribe about how awful the world is, and how it has strayed from the bible. The meandering message lists off all the ways current society is different from what is written in the bible. For example, it quotes one bible passage that calls same-sex love an “unnatural act”. However, the message conveniently forgets to mention all the times the bible says things that are very much un-Christian. For example, nowhere in the FRC’s message about the bible and sexuality/marriage does it mention that, according to the bible, the human population was started by one man, one woman, and their two sons…meaning (according to the Bible) we’re all the product of incest.

Even worse is that the message goes on to say that “transgenderism” also directly goes against the bible…and then no bible verse is quoted to back up this claim. So, what are we to make of the fact that this group is picking and choosing what it wants to hear, and ignoring what it doesn’t want to hear? Simple…they’re hypocrites who are using the bible to further their own delusional agenda.

A History of Hypocrisy and Deceit

And this isn’t the first time the FRC has been exposed as hypocrites. In fact, the FRC has a pathetically long track record of being caught in the middle of hypocrisy, controversy, and some very un-Christian acts…

The FRC’s current director, Tony Perkins, is also a hypocritical, faux-Christian. In 1992, when he was a police officer, he learned that anti-abortion rioters were planning a violent attack on an abortion clinic. Rather than telling his superiors, he stood outside the clinic with a camera crew hoping to capture the action on film…he was then fired from his job. Then, in 1996, when Perkins was running for office, he spent $82,600 to get robocalls sent to supporters of David Duke, the Grand Wizard of the KKK. Perkins disguised the payment in order to not have his name associated with Duke’s. He was later fined for violating campaign policies.

How can the FRC still exist?

So, how does such a blatantly hypocritical, hate-filled, and downright dangerous group get to remain active…and get to be considered a nonprofit that receives tax exemptions? The main reason is money. The FRC doesn’t say where its money comes from…but they do admit some of it comes from corporations.

But in the world of donations, it doesn’t really matter “where” a group gets their money, because there are so many loopholes to disguise where the money is coming from. They also report receiving grants…which is absolutely appalling, considering they’re a hate group. The FRC claims to make over $18 million in donations and grants each year. 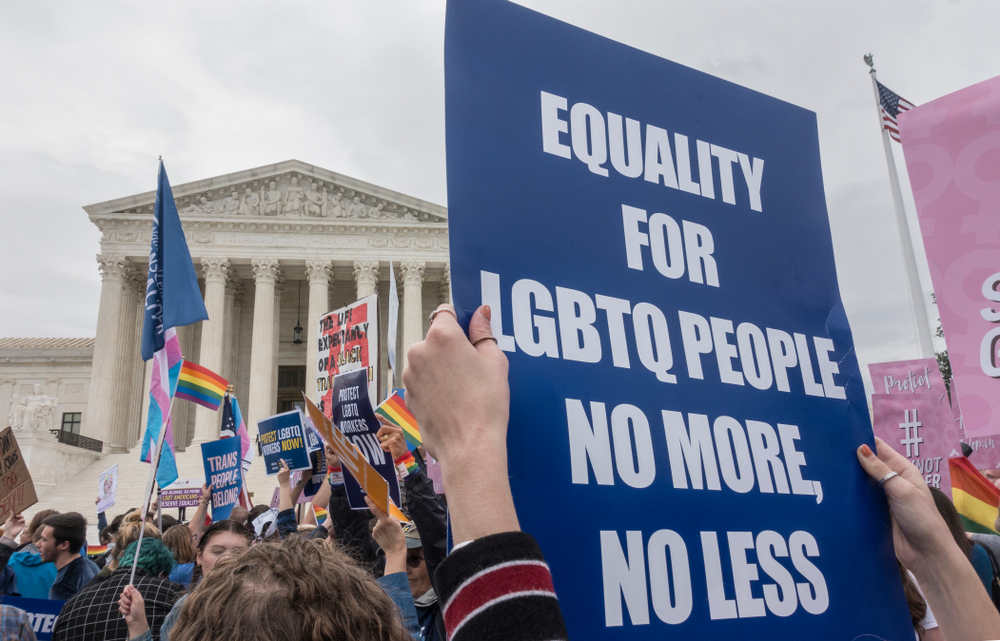 What can you do to help?

Both the Southern Poverty Law Center and the nonprofit Not in Our Town have mapped ways to combat hate groups. Unfortunately, when one is as large as the FRC, it makes matters more difficult, but many of the actions are still relevant. Both organizations recommend:

~ Banding together as a community

~ Supporting those being discriminated against

In the case of the FRC, you should also reach out to your elected official, especially if they’re Republican, and see if they’ve received campaign funds from the group. Also, be sure to voice your concerns with the terrifying and horrific messages they preach.

If you know someone who is part of a hate group, or who is being radicalized into one, you can reach out to the nonprofit, Life After Hate, which is an organization that’s dedicated to de-radicalizing those who have become entangled with dangerous groups.