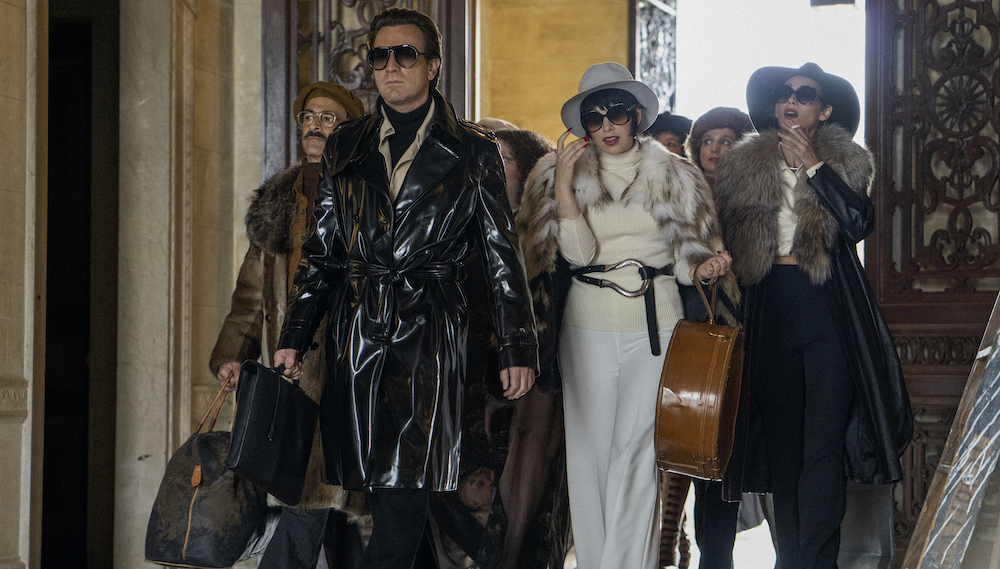 Netflix’s new limited series, Halston, explores the fascinating and complex life of famed fashion designer, Halston. Playing the titular role will be Ewan McGregor in what’s sure to land him an Emmy nomination, and potentially a win.

Halston was a high-profile fashion designer and dressed many famous faces throughout the 70s and 80s. He was friends with elites in both Hollywood and Manhattan, including Andy Warhol and Liza Minnelli, and built a fashion empire that dominated high society. Unfortunately, Halston was a complicated figure. To him, enough was never enough. This bravado helped him reach the top of the fashion world, but it also made him a slave to his vices. Halston was a regular at the infamous Studio 54, and drugs and promiscuity dominated his personal life. Tragically, in 1988, Halston tested positive for HIV, and in 1990, he died of Kaposi’s sarcome, a rare cancer that appears in late-stage AIDS patients.

Playing such a profound character was no easy task, and McGregor spent ample amounts of time preparing for the role. He worked with the show’s costume designer to learn how the world of fashion works, he even learned to cut and pin fabrics. McGregor also took time to speak with some of Halston’s closest friends, including Liza Minnelli, to learn all he could about the legendary designer.

Joining McGregor in the cast is a plethora of famous faces, including Bill Pullman as business tycoon, David Mahoney; Rory Culkin as a young Joel Schumacher; and Krysta Rodriguez as Liza Minnelli. The series is executive produced by LGBTQ powerhouse, Ryan Murphy.

All five episodes of ‘Halston’ will premiere on Netflix on May 14th. You can follow the conversation on social media by using #HalstonNetflix

According to the Washington Post, despite the announcement of hundreds of thousands of additional monkeypox vaccines arriving in the United…