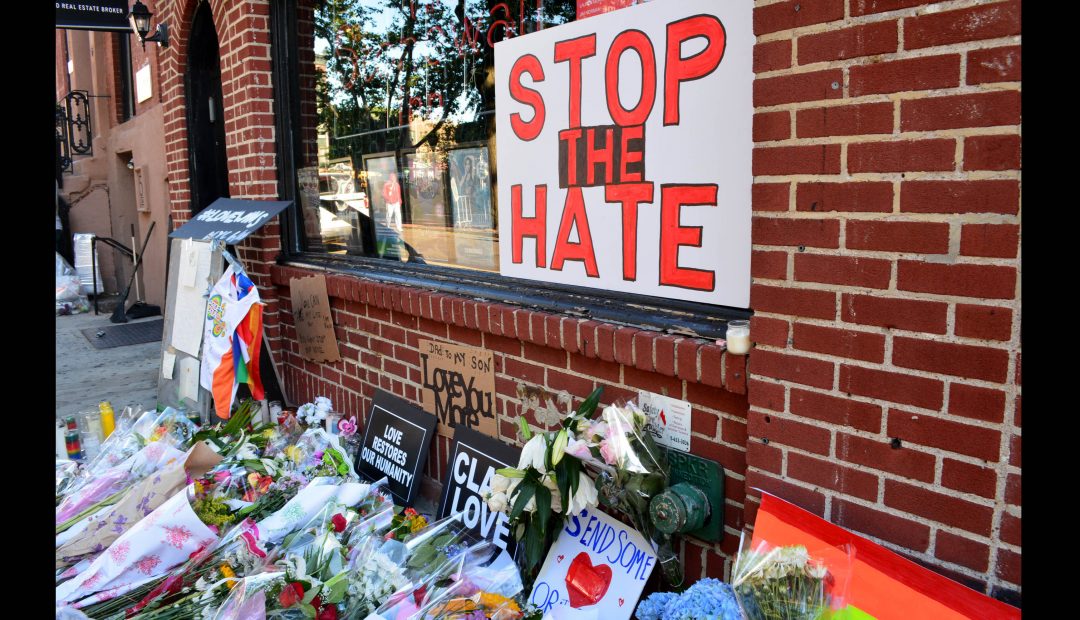 A mass shooting at a Colorado gay club has left 5 dead and 25 injured. The tragedy occurred on Saturday night when 22-year old Anderson Lee Aldrich entered the bar, Club Q, in Colorado Springs. Reports say he was stopped when club patrons subdued him by hitting him with one of his guns.

Since 2002, Club Q has stood as one of Colorado Springs’ only gay clubs and acted as a safe space for queer people to gather and celebrate their identities. But Colorado Springs has a hefty conservative population and acts as headquarters for a conservative Christian group called Focus on the Family which condemns same-sex marriage and homosexuality as sins.

In an interview with CNN, a member of the Colorado drag scene, Jewels Parks, said “the LGBTQIA+ community has undergone so much bigotry and hatred already. To have our safe place ripped from us and to lose members of our community is a whole other type of hurt.”

This viscious attack follows months of anti-LGBTQ rhetoric from right wing politicians nationwide, and occurred on the eve of Transgender Day of Remembrance, a day the club had plans to celebrate on Sunday with a drag brunch and show.

According to data from the ACLU, 2022 has broken records for the amount of anti-LGBTQ bills introduced in one year by state governments. These bills have driven hateful rhetoric across the country. More than 300 of these bills have been introduced and 21 have been enacted.

A statement from GLAAD on Club Q’s behalf states:

Additionally, GLAAD President and CEO, Sarah Kate Ellis said in a statement following the tragedy: “You can draw a straight line from the false and vile rhetoric about LGBTQ people spread by extremists and amplified across social media, to the nearly 300 anti-LGBTQ bills introduced this year, to the dozens of attacks on our community like this one.”

The U.S.’s LGBTQ+ community mourns this loss, just 6 years after a similar shooting at a gay club in Orlando, Florida where 49 were killed and dozens more injured. Over 600 mass shootings have occurred in the U.S. this year according to the Gun Violence Archive.

To help those affected by this violence, you can donate to The Colorado Healing Fund, an organization committed to the rebuilding of communities struck by tragedy. Donations will go to supporting the survivors and families of those affected.

For more information or to make a donation, go to www.coloradohealingfund.org and click on the “Support Colorado Healing Fund” button.

Show Your Support for the Trans Community Every Day!

With the recent elections in Israel giving far-right extremists control of the government, LGBTQ+ citizens there have become increasingly concerned.…