There is the grim reality that homophobia, brutal hate crimes, “corrective rape,” and other anti-LGBTQ violence persist around the world. But one non-profit organization in Cape Town, South Africa is working to create a safe space to help women survive these crimes.

The Luleki Sizwe Womyn’s Project fights against hate crimes, provide shelter and safe housing for victims, provides medical care, and works to change that negative perception about the LGBTQ community.

A GoFundMe page has been created to help support their mission. Founder and director Ndumie Funda and her team rely on donations, volunteers, and other contributions to keep the project going.

All money donated will be spent directly on supporting victims and the campaigns goal to help fund the purchase of Luleki Sizwe’s safe house, located in Cape Town’s Symphony Village. Any additional funds will help secure a mobile-phone contract and internet/data service.

Funda started the organization in 2008 and is no stranger to hardship as an outspoken feminist and lesbian.

She said in an interview for Gay City News, “I was raised in a strict Seventh-day Adventist family, in a society where a woman was expected to know her place. Every aspect of life was handled by men. Women couldn’t be outspoken. We were not equal. But I knew from a young age that I was a feminist and lesbian — two things that I could never change.”

The GoFundMe will be collecting donations until July 17, 2019. The Luleki Sizwe Womyn’s Project can be contacted at 071-171-9654 and info@luleki-sizwe.com. 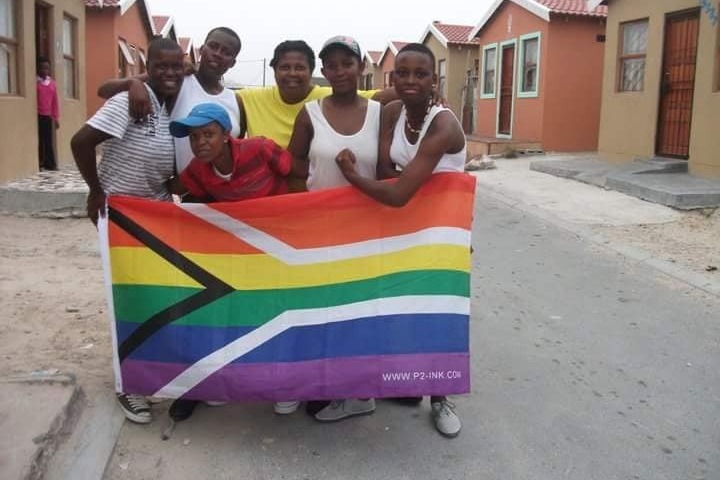 Ndumie Funda, founder and director of Luleki Sizwe (Center) and women of the shelter (Photo by Luleki Sizwe Womyn’s Project)

5 of The Best Themed Cafés in the USA

From June 15-21, the beautiful and historic city of Riga, Latvia will host EuroPride 2015—the first time that EuroPride is…