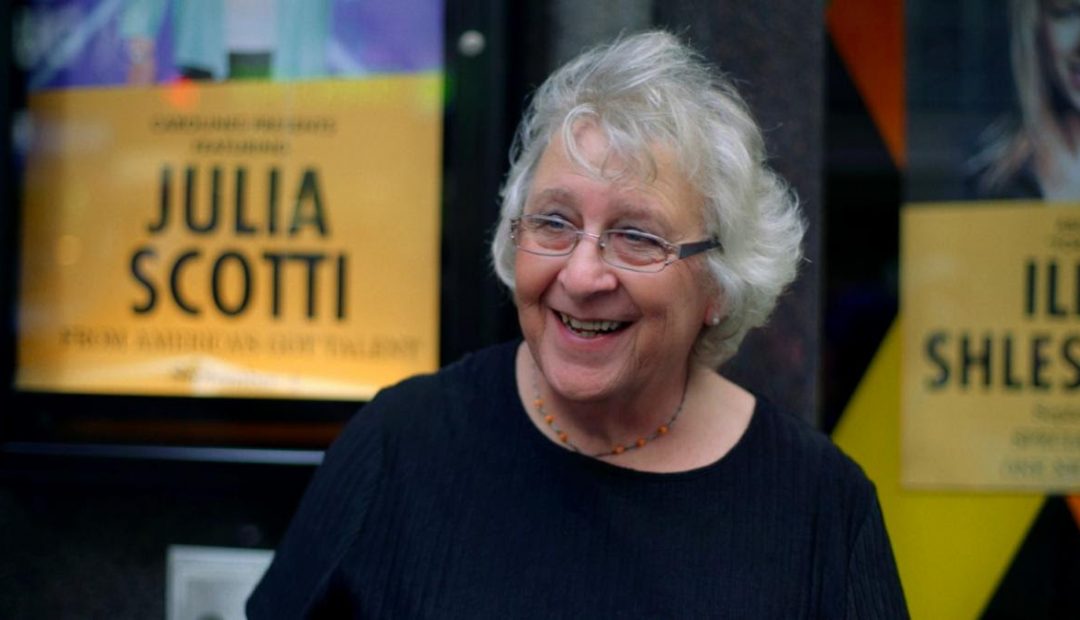 The new documentary Julia Scotti – Funny That Way explores the life of comedian Julia Scotti, who shot to fame on the talent show America’s Got Talent. Julia, born Rick Scotti, always had a love for stand-up comedy, and despite a good career on the comedy club circuit, Scotti felt something was missing: that he wasn’t who he truly was supposed to be.

In his late 40’s, Rick realized he needed to be his true self. After transitioning, Julia not only blossomed into a happier, healthier person, but she rebooted her career as a stand-up comediene. Little did she know that her career was just getting started.

In 2016, Scotti partook in the hit TV show America’s Got Talent, where she was instantly adored by the audience and the judges. Her audition video has since gone on to amass over 1.3 million views.

Her comedy style has become renowned for its brash, bold irreverence, and hilarious self-deprecation. Not only is Scotti pushing the boundaries of comedy, but she’s also changing the way society views trans people and seniors. At almost 70 years old, she’s not about to stop now, and her new documentary invites you on a wild ride into the life and times of one of the world’s most prominent LGBTQ comedians.

From her early life, to her transition, to her newfound fame, Julia Scotti – Funny that Way gives you the inside look into Scotti’s life and career. The movies is an official selection at Geena Davis’ Bentonville Film Festival as well as the Nantucket Film Festival and AGLIFF.

The documentary is also groundbreaking because of its director, Susan Sandler. At 72 years old, Sandler has made the leap into the director chair, and makes her directorial debut. When asked about her experience making the film, Sandler stated, “In the corner of my life, where I teach and mentor women filmmakers at NYU Tisch’s Fusion Film Festival, the circle of support for this project has been profound. And for me as a storyteller, to begin a new adventure, to learn a new craft, to have my directorial debut now at seventy-two, feels both delicious and very much in sync with Julia’s vibrant re-emergence. When Julia realized that this was, in fact, my directing launch, she laughed lustily: “Well, what do you know, I got to pop your cherry.”

The film is an absolute celebration that challenges stereotypes, transphobia, and agism, all while making the viewer laugh and fall in love with Scotti. It’s the perfect uplifting summer documentary that needs to be seen.

‘Julia Scotty – Funny that Way’ will be screening (virtually) at the All Genders, Lifestyles, and Identities Film Festival from August 6-16. Tickets can be purchased here. The film will also be screening (virtually) at Geena Davis’ Bentonville Film Festival from August 10-16, and tickets can be purchased here. The movie is expected to be available digitally in the near future. To keep up-to-date, follow Julie Scotti on Twitter.

Up Close and Down Low with Lady Bunny

What better way to describe Lady Bunny than with the words of David Rooney of the New York Times, who in 2011…