Miami is one of the most progressive cities in America, and it steadily grows at a rapid rate. According to the official Greater Miami Convention & Visitors Bureau, there were 15.7 million visitors in 2016, a substantial increase from the 13.9 in 2012. Emerging neighborhoods like Downtown Miami, South of Fifth, and Wynwood are now fixtures, and there are excellent new spots all over Miami that contribute to the excitement and allure of this gay-friendly city.

Are you ready for some fun in the sun? Here are 5 amazing places that visitors can enjoy while visiting Miami. 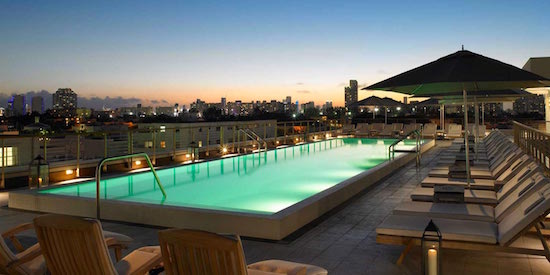 Guests looking to splurge can stay at The Betsy South Beach, a AAA-Four Diamond hotel originally built in 1942 by famed L. Murray Dixon (the architect responsible for art deco classics like The Raleigh and The Tides). Located in South Beach, The Betsy is the most luxurious hotel on iconic Ocean Drive, offering a high degree of comfort with exceptional service. In January 2017, just in time for its 75th anniversary celebration, the hotel unveiled a groundbreaking, multi-million renovation and expansion that included the takeover of Carlton Hotel on Collins Avenue next door. The two buildings are connected by a visually crafted egg art installation. The expansion doubled the room inventory (now 128 rooms), and guests can choose between the original Colonial Wing with lobby, LT Steak & Seafood, and ground pool oasis, or the new Art Deco Wing with modern rooms with balconies. The new wing features a gorgeous library, conservatory, fitness center, and rooftop pool that, amazingly, is a bridge that connects the two buildings. 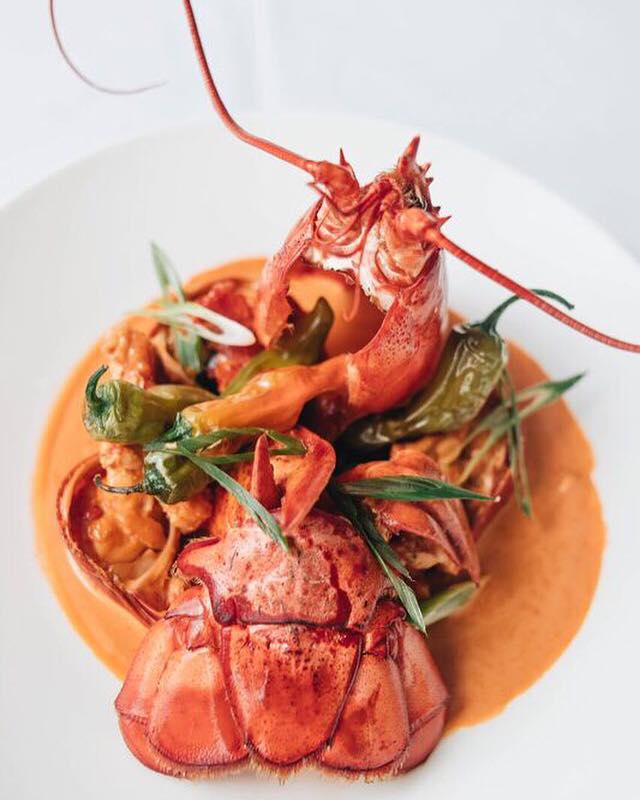 Lobster Bar has big shoes to fill considering it took over China Grill, an institution for almost two decades. Thankfully, it’s on the right track. Open since April, Lobster Bar is a glam space with tiled ceilings, vested waitstaff, and an understated, art deco feel, somewhat refined but not stuffy. It’s a magnet to affluent locals who appreciate fine dining, and they certainly get dressed to the nines here. Executive chef Arturo Paz formerly helmed Cleo, which is one of my favorite Miami restaurants, so my expectations were high. He didn’t disappoint. There’s a number of upmarket dishes, like wild ahi tuna tartar that serves as a bed for dollops of rich caviar, and A-5 Miyazaki 100 percent Wagyu Kobe beef filet mignon (the only place in Miami to serve this), though lobster obviously dominates the menu, sourced from international purveyors, all arriving fresh and, for the most part, alive. I opted for lobster pasta, where fresh gitara pasta was mixed with tomato lobster sauce, served with lobster chunks. The plate was garnished with an actual lobster head and tail that truly gave an aura of sophistication. 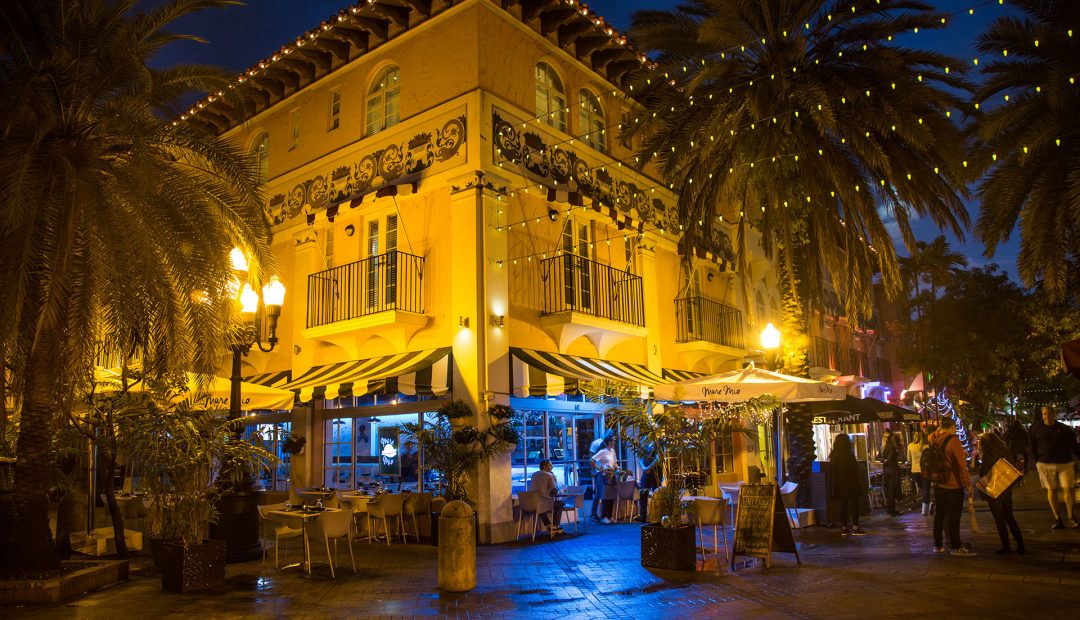 One of the newest restaurants, Mare Mio has been a welcome addition with its excellent, fresh seafood. The intimate, no-frills spot with indoor and outdoor seating is helmed by Claudio Giordano, a restaurant industry veteran who launched local haunts La Bussola and Claudius. At Mare Mio, diners can personally select fresh, daily catch from a display and order it steamed, grilled, sashimi, or fried.

As Miami continues to flourish, change can be bittersweet, notably with The Palace Bar. The original, legendary, gay bar on Ocean Drive (famous for drag shows) shuttered for the summer after 29 long years (a developer bought the building for $15.2 million, implementing a new direction). But the show’s not over for The Palace, whose slogan is “Every queen needs a palace.” To the joy of thousands of fans, The Palace Bar reopened, just two blocks from its original location in a bigger, badder and gayer space! While many may miss the former stomping ground, the all-new Palace Bar has a large outdoor terrace, a roomier dance floor, and walls that open up (for that trademark, South Beach ocean breeze), offering a more significant sense of place— and, of course, all the same wild antics, drag shows and fun-filled, late-night action. 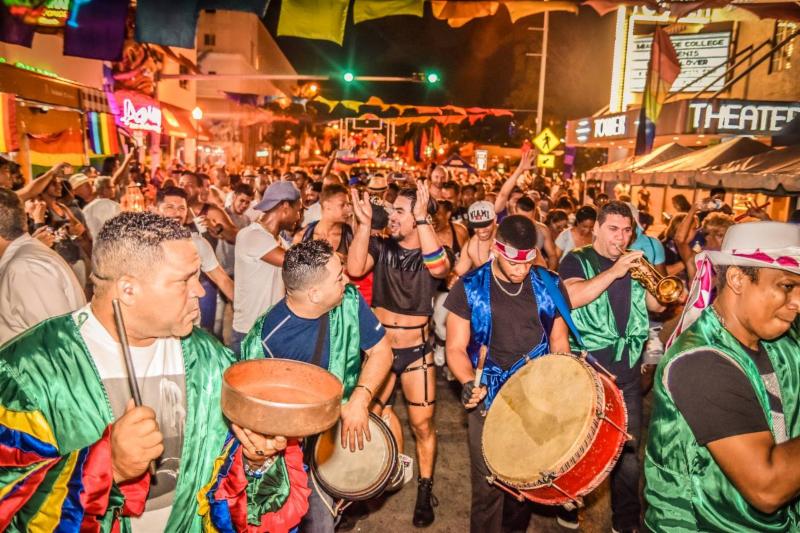 Don’t miss Gay8 (pronounced “Gay Ocho”), the nation’s largest Hispanic LGBTQ festival taking place in Little Havana on the Sunday of President’s Day weekend. Calle Ocho (SW 8th Street) rolls out the rainbow carpet with a full line up of events. On Sunday, February 17, 2019, for the fourth year in a row, the Gay8 Festival will take over Calle Ocho. There are various activities planned throughout the weekend. From activism to art, dance, and even a film festival, Gay8 weekend has something for locals and visitors alike. It’s a one-of-a-kind invitation for everyone, regardless of sexual orientation or gender, to come out and enjoy this uniquely Miami Tradition.