Musician. Actress. Businesswoman. Theme park owner. Gay icon. Dolly Parton is many things, and she’s incredible at pretty much every endeavor she embarks on. Now, TidalWave Comics has decided to feature her in their Female Force collection. The Female Force comic series tells the stories of real women who have changed the world. Whether it be in entertainment, politics, or activism, the women featured in this series have all left their mark on the world. Previous editions of Female Force have centered around Kamala Harris, Betty White, Michelle Obama, and more. 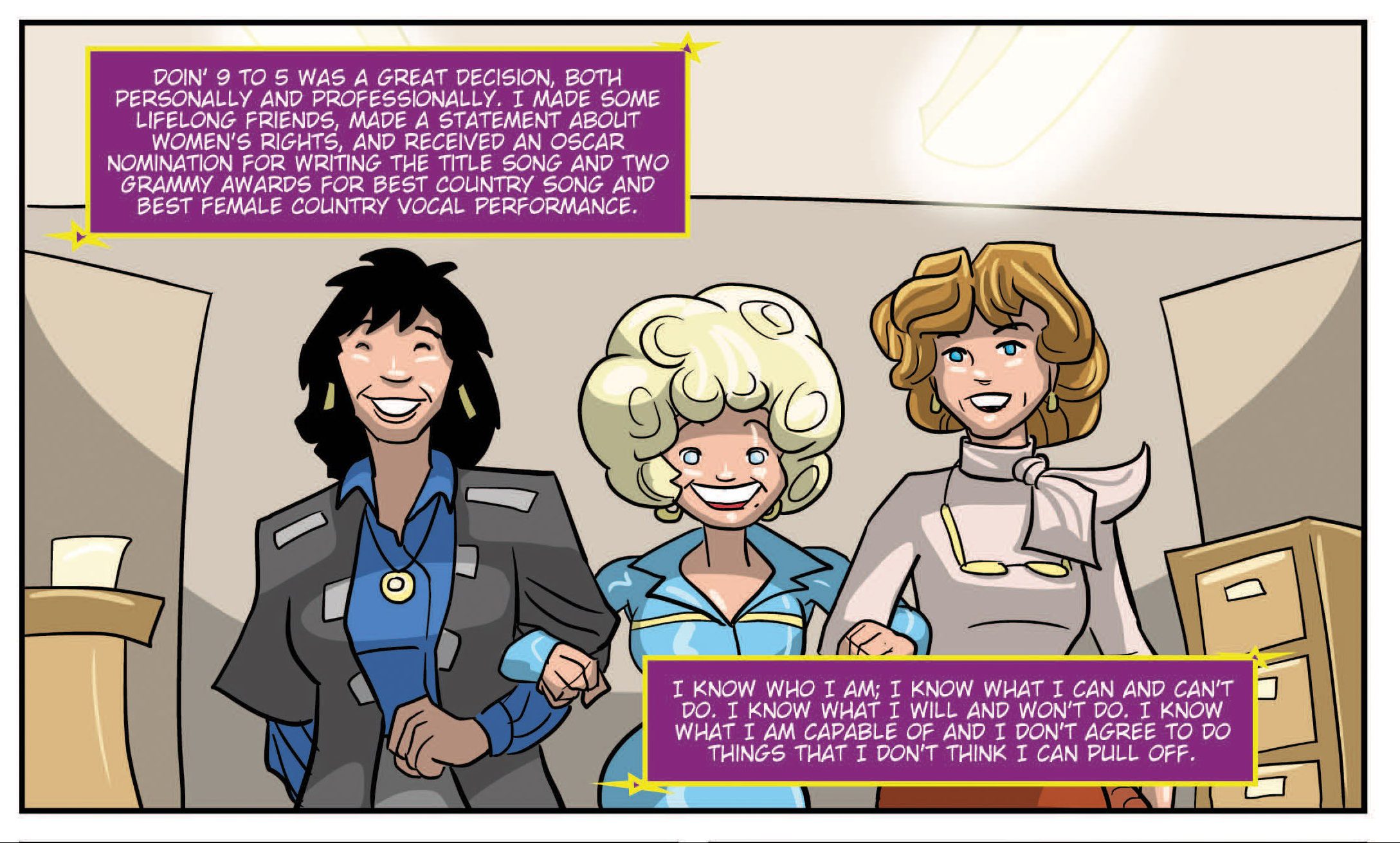 In Female Force: Dolly Parton (which is set to be released on March 31st), readers will get to discover the life and career of Dolly herself. From her childhood, to her inspiration from the fashion choices of the local prostitute, to her first time on stage, and even her role in the hit film 9 to 5, alongside Jane Fonda and Lily Tomlin.

The comic’s writer, Michael Frizell, an educator at Missouri State University in Springfield, said “Writing about Dolly was a joy, and I’m thrilled with the expressive way the artist visualized the pages. The book feels timeless. Her [Dolly’s] creativity, philanthropy, and humanity are legendary.”

Female Force: Dolly Parton will be launching in both digital and print editions, and will even have a special hardcover collector’s edition. For more information, or to purchase your copy, visit TidalWaveComics.com

Lil Nas X ‘Montero (Call Me By Your Name)’

From her humble beginnings in the Smoky Mountains of Tennessee to the bright lights of Nashville, Dolly Parton has inspired…