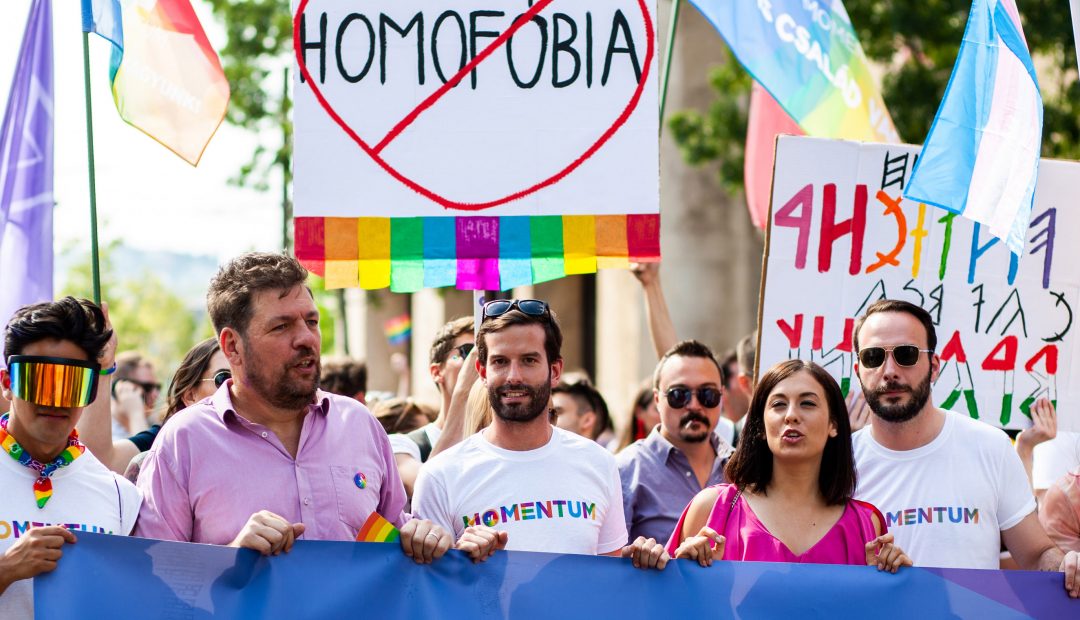 The parliament of Hungary has passed legislation that effectively bans LGBTQ content in that country. The measure, which passed by a vote of 157-1, makes it illegal for LGBTQ issues to be taught in school, for media to portray LGBTQ people, and it even bans advertisements that have LGBTQ themes.

According to Hungary’s extremist, far-right ruling party, the measure is aimed at preventing pedophilia, which doesn’t make any sense because LGBTQ people are not pedophiles. So how exactly does banning LGBTQ content from minors stop pedophilia? This is beyond any rational reasoning, but sadly in Hungary reasoning means nothing. Similar to the Trump administration, Hungary’s far-right Prime Minister, Viktor Orban, doesn’t function using logic or reason. He’s simply impulsive and filled with hate. Over the last few years, Orban has become more and more radicalized and regularly scapegoats immigrants and the LGBTQ community, blaming all of Hungary’s problems on them. What’s even worse is that this strategy has worked, and radical, far-right politicians currently make up a majority of seats in Hungarian politics.

NBC News pointed out how this is part of a startling trend to try and erase LGBTQ people from the world. In 2013, Russia passed a law that deemed anything with LGBTQ themes to be “propaganda” and banned it. And in more recent years, many areas of Poland have created “LGBT-Free” zones. Even here in America, many will probably remember Tennessee’s notorious attempt at the “Don’t Say Gay” law they tried to pass in 2013.

This Pride Month, it’s important to remember that Pride started as a protest for civil rights. Civil rights that, sadly, were never fully provided. Sign petitions, donate to nonprofits, and try to help fight back against the rampant bigotry we’re seeing in the world today. Also, please contact the EU and demands that they expel Hungary and Poland for violating the human rights of their citizens and other E.U. members.