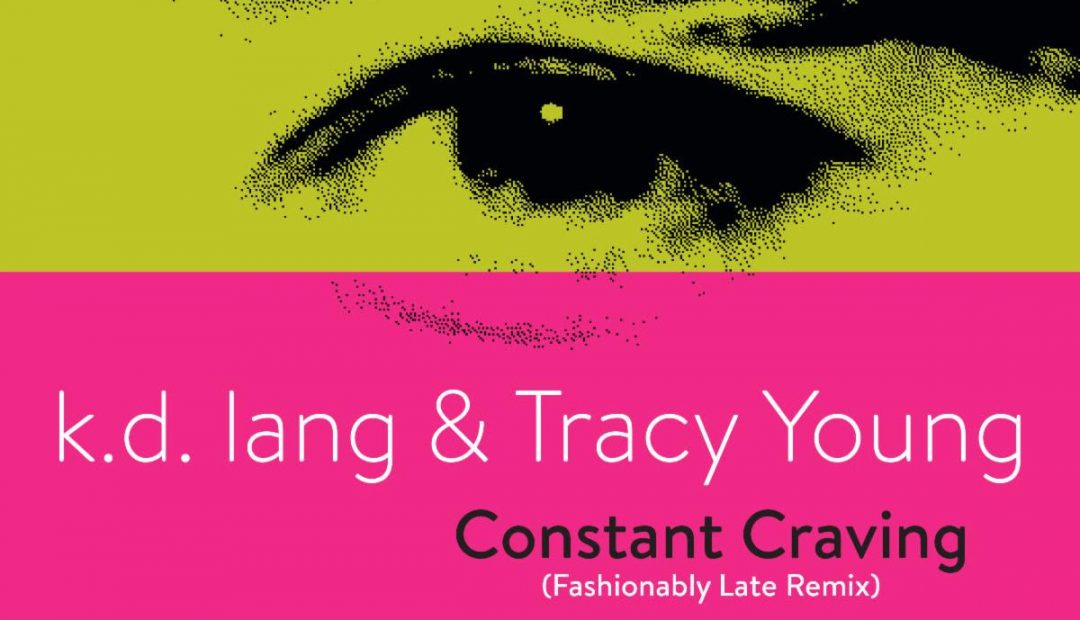 Earlier this year, famed musician k.d. lang released an album of remixes titled, Makeover. The album soared to #1 on the electronic charts and even spawned two #1 singles on the dance music charts. it was an impressive record that even led NPR to call lang “an immortal voice” in the music world.

Now, k.d. lang is back with another remix, this time with the help of DJ and producer, Tracy Young. The song, Constant Craving – Fashionably Late Remix, is a remixed version of her 1992 hit single, Constant Craving. Upon its original release, the single peaked at #2 on the Adult Contemporary charts and even won a Grammy and MTV Music Video Award.

Now, Constant Craving has been refreshed, remastered, and remixed for the new era. The single is also accompanied by a brand new video:

Speaking of the remix, lang stated, “I had spent some time in Miami in the early 90s hanging out and actually met Tracy Young in my social circles. When her name came up to do the remix of ‘Constant Craving,’ it was a pleasant surprise to remember that she was a part of my pack, back in the day, so I’m very pleased to have Tracy’s fresh remix!”

Tracy Young also said in the statement, “Throughout my production career, I’ve always wanted to work with k.d. lang, and to have remixed ‘Constant Craving’ is a true honor. The song continues to resonate through generations and it speaks about the struggles of life and the resiliency of the human spirit – an inspirational message that is so needed right now.”

Tracy Young will be debuting live versions of the remix in Florida this autumn. First up will be at Miami Pride on September 19th, followed by Orlando Pride on October 10th.