Since the U.S. Supreme Court ruled in 2015 that same sex couples have a constitutional right to marry, support for same-sex marriage has increased substantially. Currently, more than six in ten (61%) Americans say gay and lesbian couples should be able to marry legally, while only about half as many (30%) are opposed. 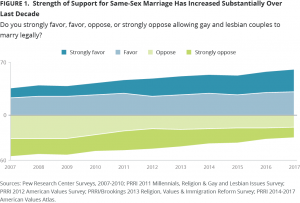 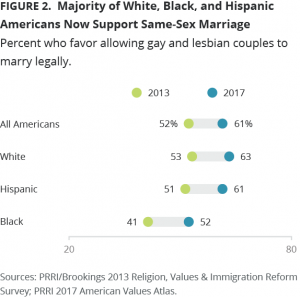