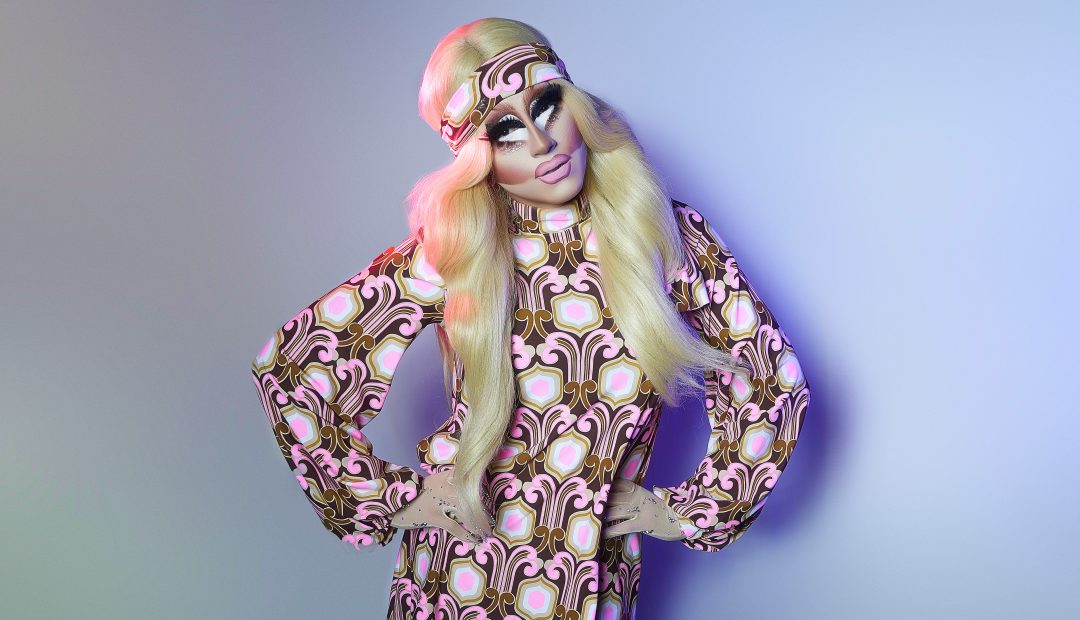 Trixie Mattel. Drag queen, singer, songwriter, autoharp pro, winner of RuPaul’s Drag Race All Stars, and star of her YouTube series UNHhhh alongside her drag partner-in-crime, Katya. With all this success, Trixie has become a world traveler. Whether she’s selling out concert halls to play music or on the road with Katya for UNHhhh Live, one thing’s for sure, she’s been everywhere.

I had the privilege of catching up with Trixie at New York’s DragCon to discuss all things travel. From her favorite destinations to her must-have travel accessory, and even an inflatable urine-filled pillow…Trixie Mattel reveals it all.

Now that you’re famous and traveling the world, where are some of your favorite places that you get to go?

Trixie: Well, when you travel for a living, honestly your favorite place to be is home. But when I do travel for fun, I love going to Palm Springs or San Fransisco… Really, anywhere I can get to in a short flight. I don’t f*** with Vegas though… (Trixie pauses briefly) Actually, I’m doing a show in Vegas, so I guess I do f*** with Vegas. Oh, and also, I love going home to Wisconsin. Being able to visit home is my favorite.

How about cities to perform in? Where are the best audiences?

Trixie: Oh, San Fransisco is the best. They’re a city that definitely loves comedy. My only issue with them is that they’re a little too P.C. and I’m pretty not-P.C. Other really good cities are LA, Chicago, and NYC… New Yorkers are always down to clown. Oh, and the UK! I always do really well in the UK for some reason.

Are there any places you’ve been where you’ve thought you were going to bomb, but then the audience ends up loving it?

Trixie: Oh my God, of course! It’s often the little… quaint… (takes a deep breath) Ok, let’s just call it for what it is. Nobody gets excited to go to little random towns. And I have done a lot of random little towns. And I’m always afraid they won’t get it, or they’ll think it’s too weird. But a lot of times, it’s those audiences, in towns where they don’t get big celebrities coming through a lot, who just love it. It’s always random places, like Buffalo, NY, where you end up just having a total blast!

Have you been to Toledo, Ohio yet? (which is my hometown)

Trixie: No, I’ve been close though. I’ve done some little Canadian towns close to the border. And in fact, I’m about to go do another Canadian tour this fall.  I’m even going to some really out-there places too, like Halifax. (Trixie grabs my arm, and leans in) Oh my God, I have to tell you, I went to Halifax once, and the lady who picked me up from the airport wasn’t wearing any shoes… And I asked her why she wasn’t wearing shoes, and she said because she didn’t have any. So I asked why she didn’t have any, and she said, because I don’t need any!

When you’re traveling, what’s one thing you always have to have with you?

Trixie: Heavy moisturizers. I have super dry skin, so I basically have to carry around straight-up face oil with me. Especially after doing a show with all this makeup on. And air travel only dries you out more, so always, always, always bring moisturizers!

Ok, I have a few fun questions for you. So, we all know Mike Pence is super anti-gay, but is basically just a self-hater. When Pence finally comes out of the closet and decides to do drag, what will his drag name be?

Trixie: (laughs) Oh this is a tough one. Ok…Hmmm, what would his drag name be? He’s pretty large right? Oh, I got it! He would be Marge Medium Small.

Alright, imagine you and Katya launch a new line of travel products, and they become a smash hit. What would the product be?

Trixie: Easy. A travel pillow full of piss. It’s breaks down like a vacuum sealed bag, and then at night you pee into it, which fills it up, making a nice, warm pillow. It’s like urine recycling… super green, right?

Where are the hottest men?

Trixie: I think New York guys are actually pretty hot. It’s like if LA guys actually ate. Aussie guys are super hot too. Also, the Midwest. That’s real some American men. I gotta say, we got good lookin’ guys in the Midwest.

What’s a place you’ve never been to, but always wanted to go?

Trixie: (Smacking my thigh) I have never been anywhere in Asia!!! And I want to go so, so badly! It’s my goal to make it over there somehow!

What’s your worst travel experience ever?

Trixie: Oh my God. Ok, look. I was on Fire Island and I was staying at this place and they were like, “This is your room. There’s no linens, there’s no towels, there’s no hot water, and the door doesn’t lock.” And then when it was time for my show, I was picked up by a little person driving a forklift. I want you to imagine this… Me, a deranged clown, on a forklift with a little person. Oh honey, we were ready to put a tent up and charge admission. It’s like, sometimes I feel famous… and then I have moments like those, and I’m like, Oh, never mind.

Ok, final question. If people want to see more Trixie Mattel, or get involved, where can they find you next?

Trixie: Well, they can check out my new cosmetics line I just launched, as well as some live shows I’m doing with Katya. I’ve also got that Canadian tour this fall I mentioned earlier. And, nothing is final yet, but I think I’ll be back touring the States in 2020.

Is the tour for a new album?

Trixie: Yeah, I’m writing the album right now! It’s going to be my third album, can you believe it?

Trixie: I’m sort of moving away from country a little. It’s still folk, but it’s very post-Beatles Invasion. Think of the album as beach music you’d listen to on your way to Malibu in the early 70’s. It’s bright, it’s sunny.

Trixie: I’d say it’s like Beach Boys meets Johnny Cash. It’s going to be really cool, and I’m having so much fun working on it!

To check out Trixie’s tour dates, be sure to check her website. To see Trixie and Katya, visit their site, and to browse Trixie’s cosmetics, check out the line’s new site. She’s also got a pretty huge following on her insta.

*** Also, during our interview, Trixie forced me to remind everyone that she has an UNHhhh episode about travel, and that it can be viewed here.***

In the VIP Lounge with Jason Collins

The words “LGBT” and “SPORTS” have never gotten along. Gay athletes on professional teams remained more closeted than coat hangers…