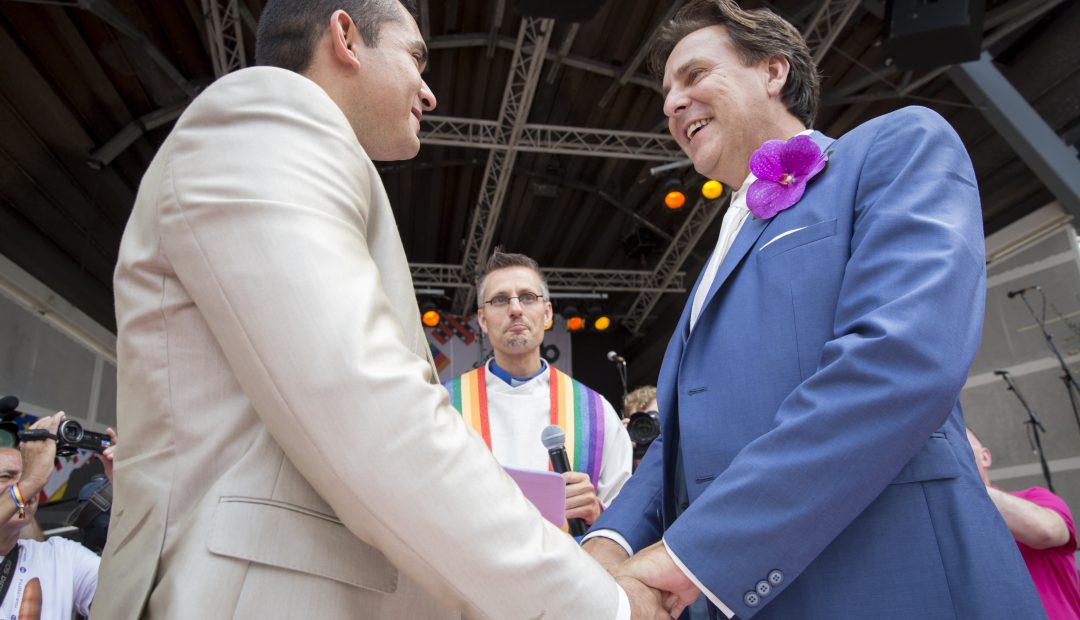 At midnight, on April 1st, 2001, The Netherlands wed four gay couples, officially legalizing gay marriage in the country. The Netherlands was the first nation in the world to legalize gay marriage. Since then, 28 other countries have legalized gay marriage, including Belgium in ’03, Norway and Sweden in ’09, the USA in 2015, Australia in 2017, Taiwan in 2019, and Costa Rica in 2020.

Now, NBC News reports that Gert Kasteel and Dolf Pasker, one of the couples to get married 20 years ago, are looking back on the monumental moment. And according to the news site, they’re not the only ones. Apparently, all four couples who were wed that night are still married to this day. And the country as a whole is celebrating. The official governmental Twitter account for Amsterdam posted a tweet, commemorating the occasion.

Many people in Amsterdam also celebrated the important anniversary. On April 1st, a giant inflatable cake was floated down Amsterdam’s famous canals to commemorate the day. The cake was a bright pink color and was loaded with rainbow-flamed candles. Churches and businesses hung up rainbow flags and laid out rainbow carpets to help show their support.

Gay marriage isn’t just important to allow same-sex couples to express their love for each other, it also serves as a powerful symbol for civil rights. By denying people the ability to get married, it sends a message that they’re lesser than others, which opens up the door for bigotry, harassment, and even violent assault.

We don’t just celebrate 20 years of marriage equality for the sake of marriage. We celebrate because it’s a doorway to a more equal, peaceful life for people all over the world.