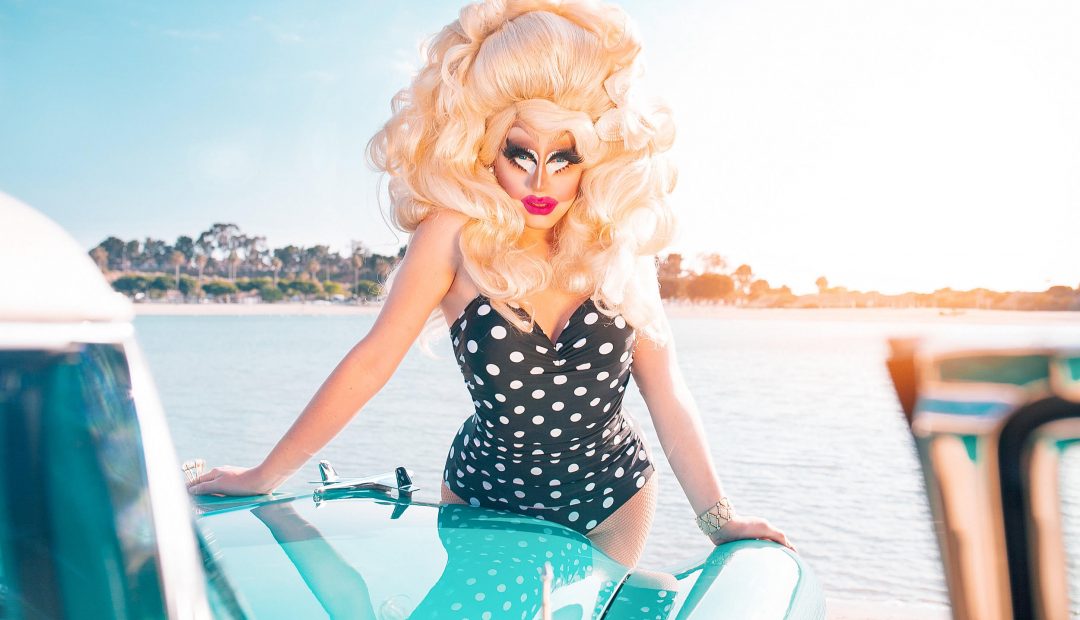 Social media superstar and winner of RuPaul’s Drag Race All Stars, Trixie Mattel, is going into the hotelier business by opening up her own cheeky property in the gay mecca of Palm Springs, California. The hotel is named Trixie Motel (a play on her own name) and is set to open later this year. Mattel reportedly purchased the property for around $2.4 million (not including renovation costs).

During the renovation process of the motel, Trixie Mattel struck a deal with Discovery+ to create an 8-episode reality series that chronicles the property’s redesign. Joining Trixie for the journey will be a team of construction and renovation experts, as well as some of her celebrity friends, including fellow Drag Race alum, Katya, as well as Iggy Azalea, Orville Peck, and more.

Not much is known about the property as it’s been tightly under wraps before being showcased on the show. However, Trixie has been dropping a few hints on Instagram showing off very brief glimpses of what guests can expect.

In a statement from Discovery+, Trixie Mattel stated, “I can’t wait to give this run-down motel the facelift it so desperately needs. With help from my most famous celebrity friends, we’re going to create the glossiest Drag motel of your wildest fever-dreams.”

According to Entertainment Weekly, Trixie Motel will feature, “Feather chandeliers, avocado-on-pastel glass windows, flamingo lamps, all mixing together to create a space fit for the human-sized doll at the center of the Trixie fantasy.”