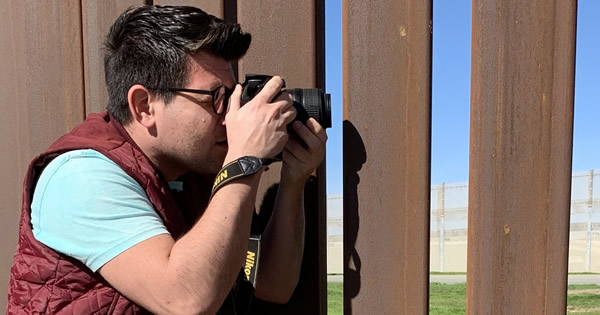 This just in from the Wahington Blade!

U.S. Immigration and Customs Enforcement on Wednesday released from its custody a Washington Blade contributor from Cuba who won asylum in the U.S.

The Board of Immigration Appeals, which is overseen by the Department of Justice, on Feb. 28 dismissed an appeal of Judge Timothy Cole’s ruling that granted Yariel Valdés González asylum last September.

Thanks to everyone who worked to secure the release of Yariel Valdés González!

The Washington Blade is renowned as one of America’s leading sources for LGBTQ news. Now, one of their reporters, Yariel Valdés González, is being detained by ICE. Valdés is from Cuba, a country where the free press is an enemy. Due to his work with the Washington Blade and other outlets, he and his family have received death threats. To escape a potential future filled with danger, imprisonment, or worse, Valdés claimed asylum here in America.

In September 2019, he was granted asylum by a judge who said he would be in danger back in his home country. However, a few weeks later, he was detained by ICE. Now, he is in the custody of US Immigration at the River Correctional Facility in Ferriday, Louisiana.

In the January 17th edition of the Washington Blade’s newspaper, editor Kevin Naff chronicled the struggle that Valdés and other immigrants face while in ICE detention. Cramped conditions, sick inmates, sweltering heat and bitter cold, little food, and painful beds are all just part of the horrifying living conditions they must endure. Worst though, according to a direct testimony from Valdés in the article, is that when inmates ask for better conditions, the guards repeatedly tell them, “This isn’t your country.”

The Trump administration is constantly touting that they don’t hate immigrants, they only hate illegal immigrants. So then why, in a case where Valdés was legally granted asylum, has he ended up under ICE detention?

We need answers, and we need them now. Blade editor Kevin Naff states that there are organizations that can help: Immigration Equality, The Association of LGBTQ Journalists, and the Southern Poverty Law Center, just to name a few. To find out how you can help, contact these organizations or donate to their worthy causes.