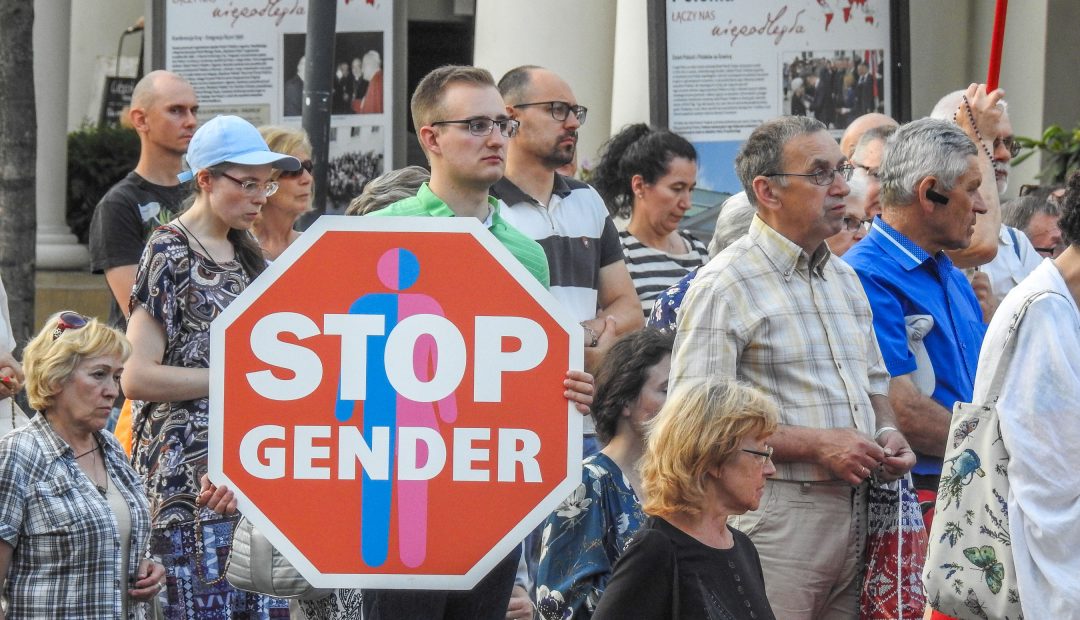 A new wave of controversy has arrived as the town of Saint-Jean-de-Braye in France suspends its Sister City status with Tuchow, Poland over their anti-LGBT sentiments. But to truly understand this story, we have to look at the anti-gay policies that are over-taking Poland and endangering its LGBTQ citizens and visitors.

Poland, along with numerous other countries around the world, has actually regressed in recent years, becoming more and more conservative and nationalistic. One of the main political figures in Poland hyping anti-LGBTQ sentiment is politician Jarosław Kaczyński. He’s said things such as immigrants would bring “parasites” to Poland and has since moved on to the queer community, stating that LGBTQ people are a threat to Polish families and their way of life. The Guardian even revealed that, in a poll amongst Polish men, LGBTQ people were seen as the biggest threat to their country, ranking above climate change, Russia, and a recession.

Warsaw Declares Itself to be LGBTQ Friendly

While much of Poland rallied behind anti-LGBTQ sentiments, Warsaw held one of Eastern Europe’s largest pride parades back in June 2019. The mayor of Warsaw, Rafal Trzaskowski, partook in the parade, and made a statement, declaring Warsaw to be a tolerant place. According to the AP, he said, “Not everyone has to go to the Equality Parade but everyone should respect minority rights…It’s really important for me that Warsaw be open, that Warsaw be tolerant.”

While Warsaw fought to be more open, numerous cities and towns across Poland double-downed on their anti-LGBTQ sentiments. Many declared themselves to be “LGBT-Free zones“. The goal of the LGBT-free zone is largely symbolic and is intended to frighten members of the queer community to remain silent. What’s so sad and strange about this recent wave of ideology in Poland is that, during WWII, Poland was eviscerated by a group of people who used very similar rhetoric and political strategy…Nazi Germany.

A Town in France Severs Ties with Poland

The town of Saint-Jean-de-Braye in France has historically been the Sister City to Tuchow, Poland. Tuchow, however, was one of the towns that declared itself to be an LGBT-free zone. Saint-Jean-de-Braye has now severed its Sister City ties Tuchow, declaring that France will not participate in anti-LGBTQ sentiment. Now, Magdalena Marszalek, the mayor of Tuchow, is upset. She claims that by cutting ties, France has hurt Polish families and children. According to the Daily Journal, Mayor Marszalek claims that by becoming an LGBT-Free zone, her community was simply combating, “radicals…who attack freedom of speech, childhood innocence, the authority of family and school, and the freedom of businesspeople.”

A big thank you to Saint-Jean-de-Braye for standing up for LGBTQ people around the world!