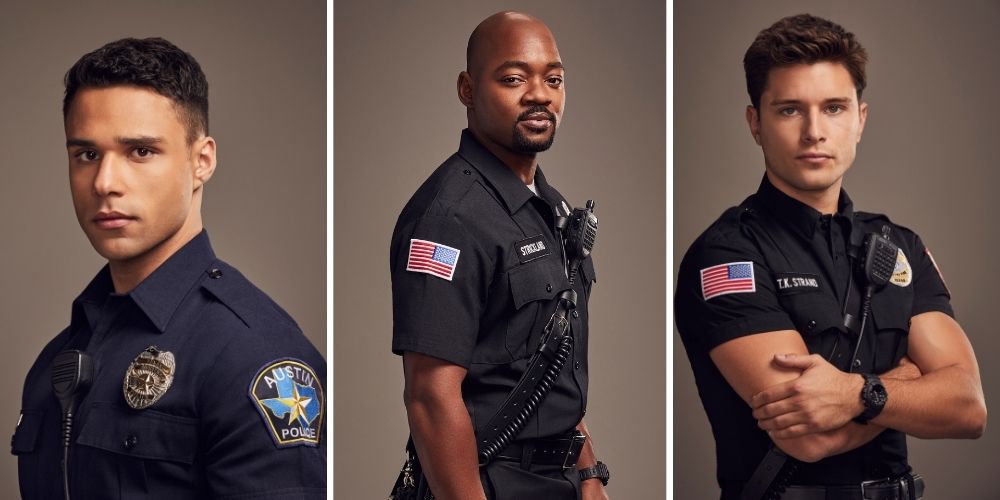 9-1-1 quickly skyrocketed into one of FOX’s most-watched series. The show centered around larger-than-life disasters and pulpy, campy fun. Before long, the series received a spin-off, 9-1-1: Lone Star, which is set in Austin, Texas. Along with longtime Hollywood veterans like Rob Lowe and Liv Tyler are three LGBTQ stars.

First, Brian Michael Smith, who stars as firefighter Paul Strickland, became the first Black trans man to star in a network television series. Smith told NBC News he was excited to work on the show because he’s also able to portray a trans character in the series, giving a voice to an often marginalized group in media.

Openly gay actor Rafael Silva is also in the cast, starring as police officer Carlos Reyes, who enters a relationship with paramedic TK Strand – played by Ronen Rubinstein, who came out as bisexual in 2021.

The show also received praise (and some controversy) for depicting a gay sex scene – something that is still almost unheard of on television, especially on a basic cable network like Fox.

However, the moment sparked up social media and gave LGBTQ fans something to rave about. In fact, fans became so obsessed with TK and Carlos’ characters that they even gave the couple the nickname of “Tarlos”. Rubinstein’s LGBTQ character also helped him come out as bisexual earlier in 2021. In an interview with Variety, he stated, “I fully identify as bisexual, I literally just got goosebumps saying that. It feels so good to talk about it, it feels so good to finally be comfortable with it.”

Season three premiered recently, so anyone looking to catch an episode can easily do so on FOX or on the streaming service Hulu.