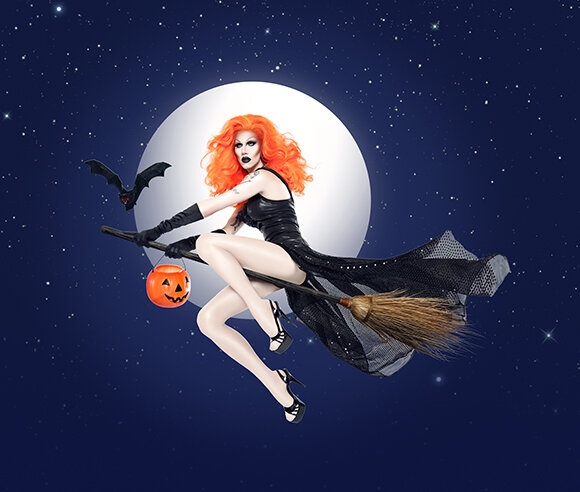 Poster for Sharon Needles’ Mask It or Casket show

Cabernet Cabaret, with Cat Cohen – a night of comedy and music.

Bette, Bathhouse, and Beyond – A hilarious reproduction of Bette Midler’s notorious 1971 concert at the gay Continental Baths on New York City’s Upper West Side.

Mask It or Casket – A special Halloween variety show by RuPaul’s Drag Race winner Sharon Needles, along with her friends Amanda Lepore, Alaska, The Countess Luann, and more.

Vote Damnit! with Judy Gold – Comedian Judy Gold will take the stage to offer up political comedy, as well as a rallying cry to vote, vote, vote!

Rendezvous with Marlene – Cabaret legend Ute Lemper performs a show based on a phone call she once had with the legendary Marlene Dietrich. The show also includes many of Marlene’s most famous songs.