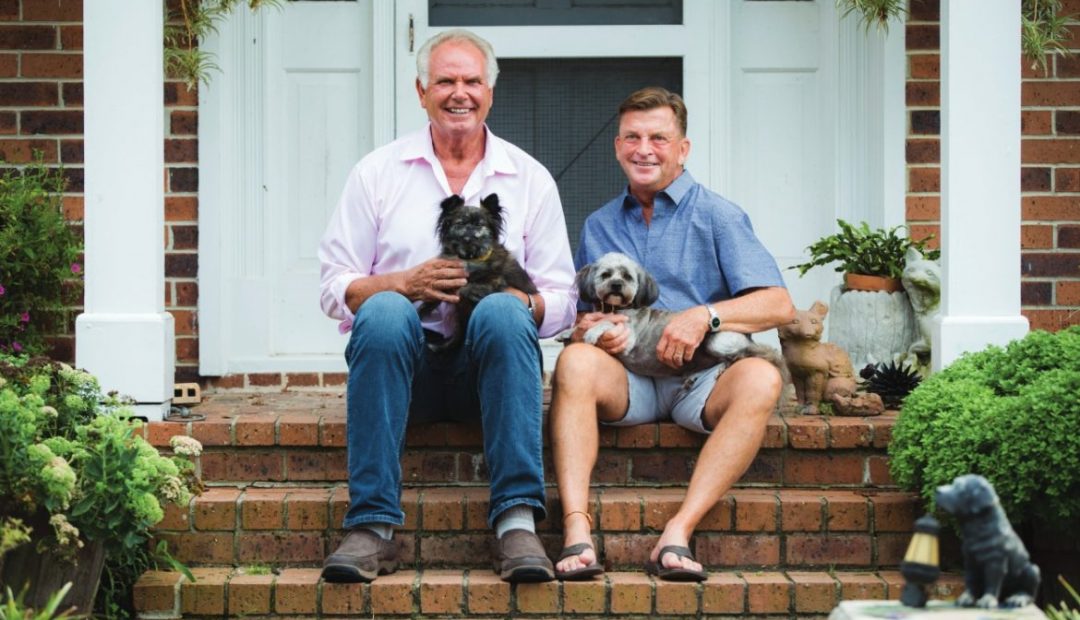 For years, Danny Robertshaw and Ron Danta worked to create a unique, professionally regulated rehabilitation center for rescue dogs. Danny and Ron’s Rescue cares for dogs rescued from puppy mills, shelters, hoarding cases, and other abusive situations. With staff on call to keep the space clean and the dogs cared for, the rescue sometimes holds 70-80 dogs at a time.

Their compassion for rescue dogs evolved into a full mission for the two after Hurricane Katrina in 2005 left many animals stranded or abandoned. Clearing out horse stalls to accommodate those first dogs eventually expanded into an entire house after the launch of the organization. At the rescue, these dogs will be treated for any illnesses they may have, and rehabilitated so they are ready for their forever homes. The couple goes out of their way to make a comfortable, welcoming space for the dogs. Even letting them sleep on the beds is part of getting them ready for life in their future family’s home. Dogs that, for various reasons, cannot be adopted, stay at the house and live the rest of their lives out with Danny and Ron. When a resident dog passes away, their ashes are scattered in a bed of irises.

Both Danny and Ron have a background as equestrians, which is how they met. From childhood, both had a connection with animals. The two are forward about the awful reality of kill shelters and puppy mills, and are thus all the more committed to saving as many dogs as they can. Although, as Ron says, the shelters are not at fault, it is the community’s responsibility to have legal policies concerning neutering. The two also discussed puppy mills, including a particular instance in which eighty dogs were kept in a single mobile home before being rescued. Danny and Ron have also been active change makers in advocating for the closure of puppy mill stores in their area.

This naturally takes a financial toll on the couple, even out of their retirement fund, though luckily the rescue has financial supporters and fundraisers. Despite their own difficulties, the rescue still makes an effort to provide pet food for families experiencing financial difficulties.

The rescue was also featured in a 2018 documentary called Life in the Doghouse, and since then has seen much positive engagement from the public. With plans in place to keep the rescue alive after they are gone, the couple plans to continue their great work for as long as they’ve got.

To read more about The Dog Rescuers, click here.

‘The Work of Love, the Queer of Labor’ at the Pratt Institute

Photo by Mongkolchon Akesin Recently, the House of Representatives passed a bill that that would recognize and thus protect same-sex…