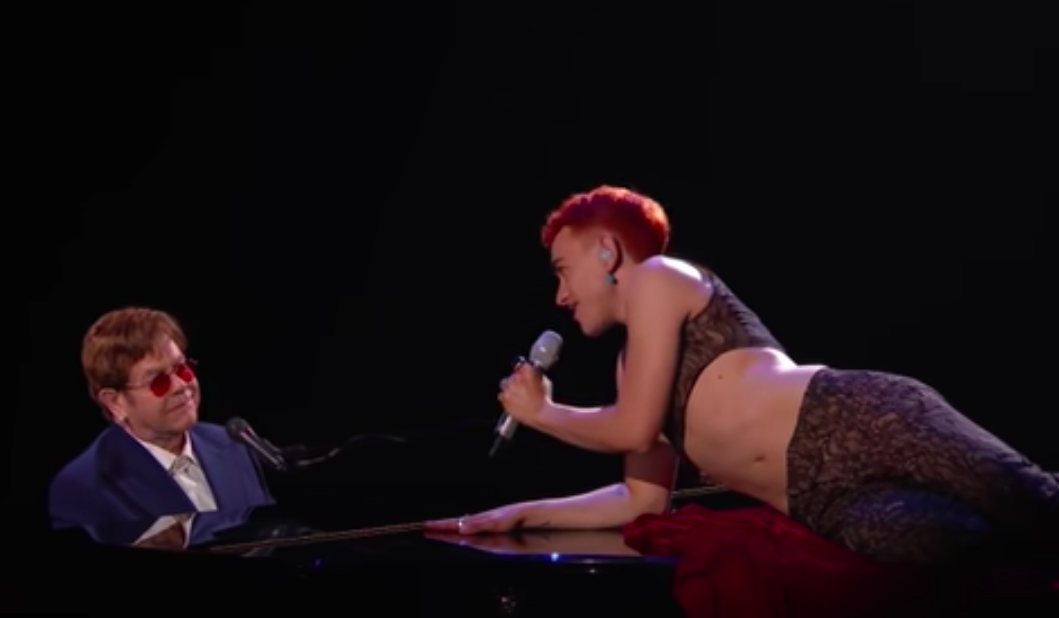 At this year’s Brit Awards, Elton John teamed up with singer Olly Alexander, who performs under the name Years and Years. The duo recreated the controversial and highly popular song “It’s a Sin” which was originally released by the Pet Shop Boys in 1987.

The song was written by Pet Shop Boy’s lead singer Neil Tennent and tells of his time growing up in a Catholic school, being told that the way he was is a sin.

The video uploaded to YouTube doesn’t show what happened before the performance, but according to Vulture, Elton John’s husband, David Furnish, came onstage to introduce the duo, stating, “By fighting together, we’ve changed the world. Today, HIV is no longer a death sentence (referring to treatments like PEP, PrEP, and the ability for HIV medication to make an HIV-positive person have an “undetectable” viral load) The fight goes on until we can banish stigma, ignorance, fear, and the virus itself forever.”

John and Alexander have also released their duet as a single, which can be purchased on iTunes, among other places, and, according to Billboard, all proceeds from their version of “It’s a Sin” will go towards the Elton John AIDS Foundation, which works to destigmatize HIV around the world and fund projects to help irradicate the virus.

To find where to buy and stream “It’s a Sin” click here.

New Documentary Chronicles the Life and Death of Ric Weiland