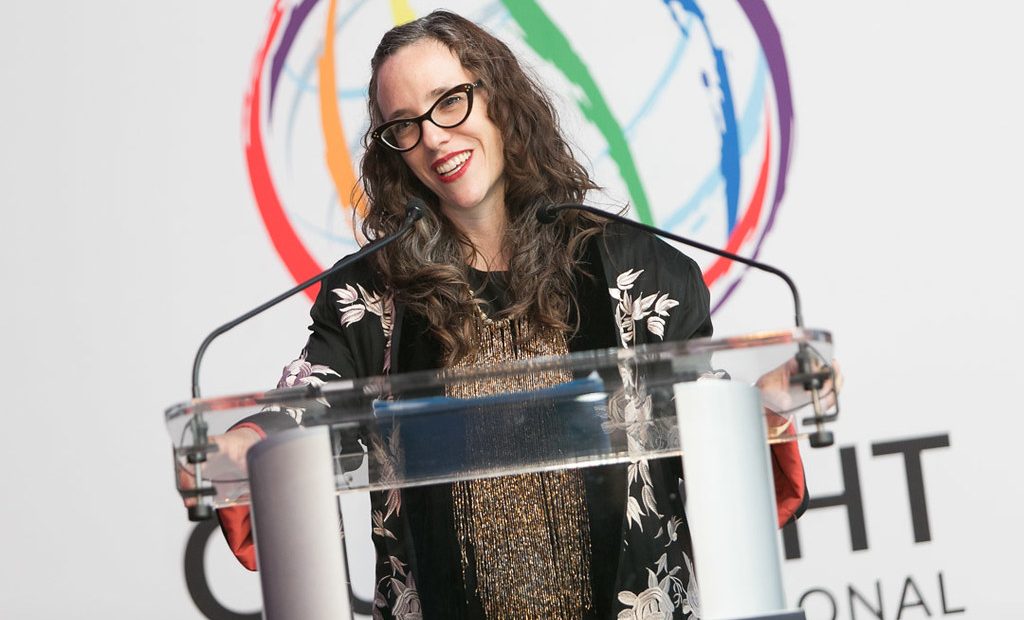 Earlier this summer President Biden announced that he’d be appointing a Special Envoy to Advance the Human Rights of LGBTQI+ Persons. And while the title may be long, the role is actually quite straightforward and incredibly important in today’s world. According to the White House, the role is “critical to ensuring that U.S. diplomacy and foreign assistance promote and protect the human rights of LGBTQI+ persons around the world.” The Special Envoy will be a member of the Department of State.

In the formal declaration, it was revealed that Biden had chosen Jessica Stern to fill the role. Stern has long been fighting for inclusion and equality and has spent the last ten years serving as the Executive Director of OutRight International, the only global LGBTIQ organization with consultative status and a permanent presence at the United Nations Headquarters, where they advocate for human rights and equality for LGBTIQ people, serve as secretariat of the UN LGBTI Core Group, and act as a watchdog on all 193 world governments.

Stern is the second person to be appointed to the role, which was previously filled by Randy Berry during the Obama administration. Upon entering the White House, Trump let the seat sit empty since his platform was very much anti-LGBT+.

Fortunately, the Biden administration understands the need for protecting LGBTQ individuals, stating, “At a time when the human rights of LGBTQI+ persons are increasingly threatened in all regions of the world, the Special Envoy will bring together like-minded governments, civil society organizations, corporations and international organizations to uphold dignity and equality for all.”

This week marks Stern’s transition into the role, as she announced in a statement last week that she was ending her tenure at OutRight. In her final statement as Executive Director for OutRight, released through Reuters, Stern stated, “We can create transformative potential in every situation by investing in LGBT+ activists and organizations who fight despite scarce resources or great personal risk. We are steadfast. Whether we’re concerned with legal, political, social, or cultural change, LGBT+ organizations and activists are responsible for the strongest and most enduring victories for LGBT+ people…Invest directly in the LGBT+ movement, and change will come.”

We look forward to seeing what she can accomplish during her time in the Biden administration.

Brody Neville gets a Beautiful Surprise for his 12th Birthday