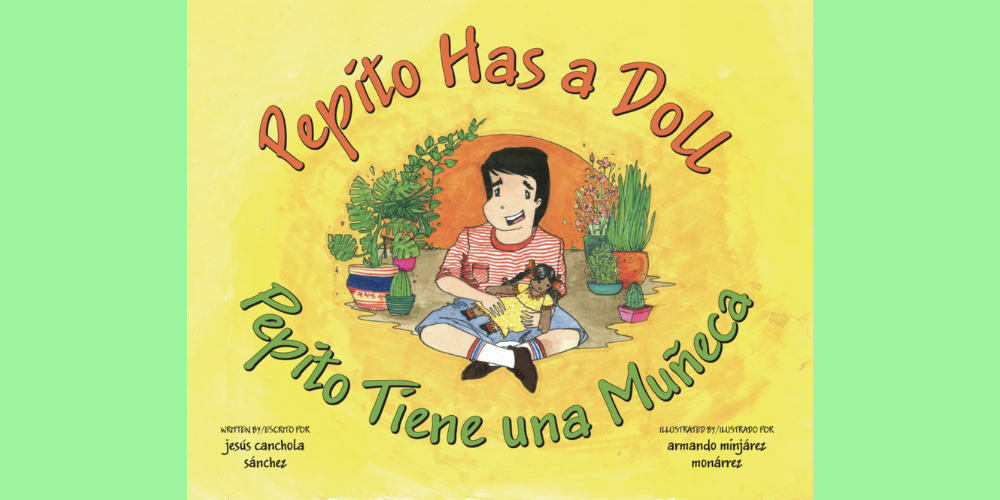 A new children’s book, Pepito Has a Doll will be released on January 20th. The book focuses on the life of young Pepito, whose only friend in the world is his doll Lola. However, fearing that others will make fun of him, Pepito has to hide his doll from the world. But one day, a new boy arrives at school, and a friendship emerges!

The story is a powerful teaching tool for parents and children, showing that everyone is different and unique, and that it’s a wonderful thing. The book is also bilingual, being written in both Spanish and English, making it also a great tool for teaching young kids about diversity, other cultures, and even a new language.

The book’s author, Jesús Canchola Sánchez, states that the story was largely inspired by his own childhood. Sánchez said,

“I grew up playing with dolls in secret. My Abuela was the only one who allowed me to play freely without prejudice. My family was conservative and did not believe it was appropriate for a boy to play with dolls. I didn’t understand that. All I knew was that it was fun to dress up dolls and do their hair. I’m grateful for my grandmother’s openness in allowing me to play without judgment. One of my favorite dolls was named Lola which is why I named Pepito’s doll with the same name.”

Authored by Jesús Canchola Sánchez and brightly illustrated by Armando Minjárez Monárrez, Pepito Has a Doll goes on sale January 20th and is listed at $14.99.

You can pre-order the book on Amazon, and also purchase it at Barnes & Noble and BookBaby beginning on the 20th.

In order to help young people discover new books, diverse voices, and topics that might pertain to them, the Brooklyn…