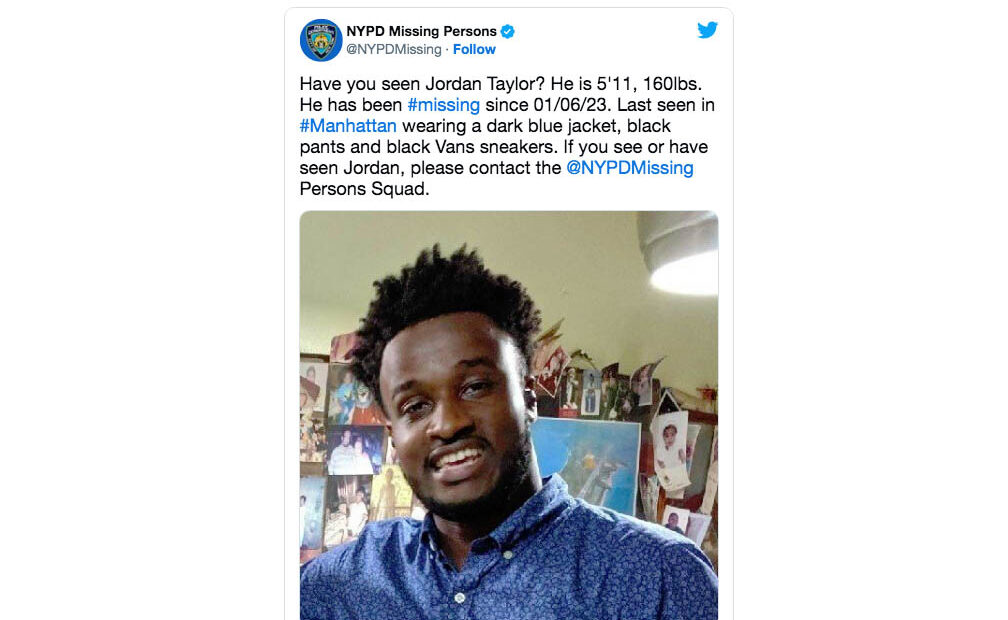 An NYC law student has been reported missing after being in Hell’s Kitchen. Jordan Taylor, 29, a first-year law student at the City University of New York dissappeared on January 6. According to his brother Alton Taylor, he was at The Q, a gay bar in Hell’s Kitchen, Manhattan, just before he went missing. His phone and wallet were located in the early hours of the morning on Jan. 7 in separate areas.

There are fears that this latest case is related to a string of murders in the Hell’s Kitchen neighborhood. Last November, two men, John Umburger and Julio Ramirez, were killed after last being seen in the same area.  In an interview with the New York Post, Linda Clary, the mother of John Umburger, claimed the city of New York is refusing the prosecute the killers, with District Attorney Alvin Bragg at the forefront of the case impediment.

The search for Jordan Taylor continues, with friends and family posting flyers and doing social media posts to bring awareness to Jordan and the other gay men who continue to be targeted in the area.