So you’re shippin’ off to Boston, eh? Well, Boston is easily one of America’s most dynamic cities. With numerous world-class Universities, history dating back to pre-revolutionary America, a beautiful skyline, and an emerging coffee scene dominating by local roasters, Boston is the perfect mix of new and old. If you’re planning a trip, be sure to check out these exciting activities and attractions!

TAKE IN A RED SOX GAME

For starters, if you’re visiting Boston during baseball season, you must attend a Red Sox game. Even if you know nothing about sports, you probably still know that Boston fans have a reputation for being rabid. And it’s completely true. In fact, the Sox have such a devout fanbase that Red Sox Nation, as they call themselves, goes far beyond just Boston. The Red Sox are more a part of American culture than they are a sports team. For an unforgettable experience filled with hotdogs, screaming fans, and Dunkies, a game at the historic Fenway Park is essential. 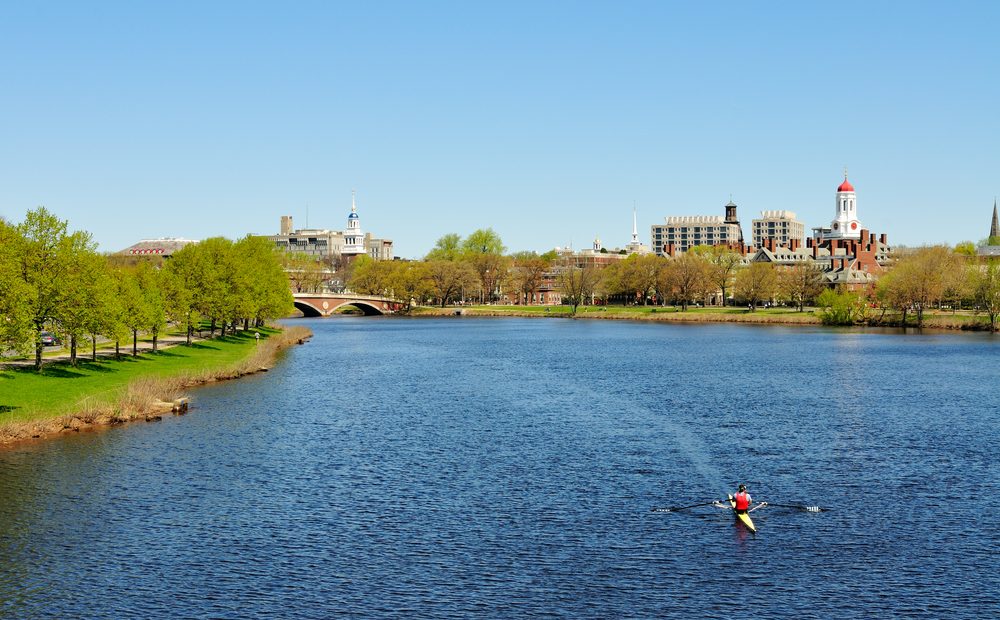 A Harvard student on the Charles River (Photo: Jorge Salcedo)

For a DIY tour of Boston, you need to kayak the Charles River. The best thing to do is to begin your journey near downtown by the Longfellow Bridge. There, you’ll begin paddling in the midst of the tech giants of Cambridge’s Kendall Square and the high-rises of downtown Boston. As you paddle upriver, you’ll pass the beautiful Back Bay, home to a mix of Boston’s tallest buildings as well as historic brownstones. The river begins to narrow as turn a bend right around Boston University, and before you know it, you’re padding past the breathtaking Harvard University in the heart of Cambridge. The river has narrowed, the skyscrapers have turned to tree-lined streets with bikers and joggers on the banks of the river, geese paddling nearby, and the white steeples of the Harvard Houses. It’s the perfect afternoon in Boston! 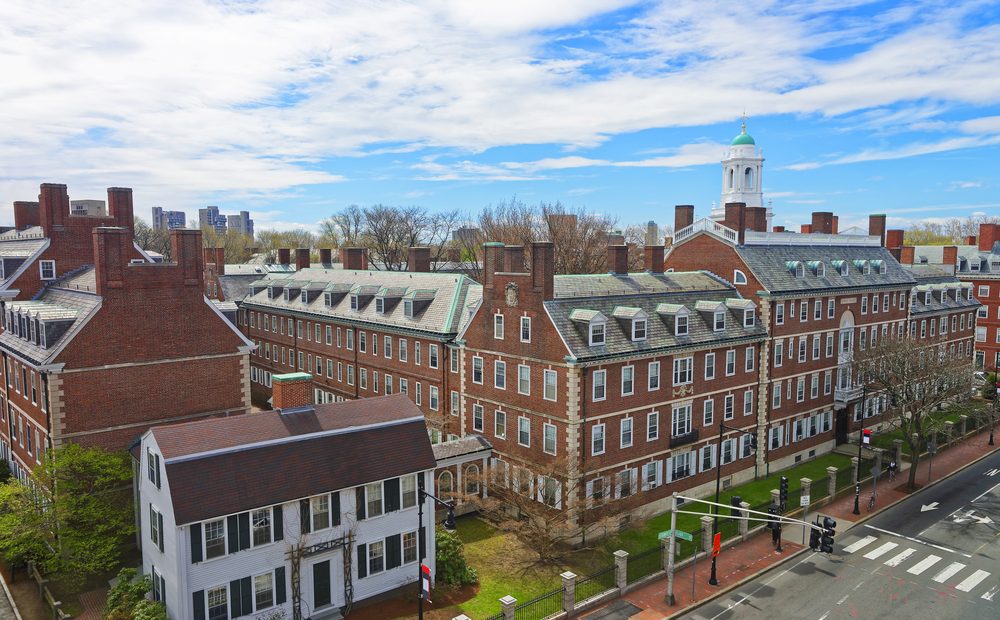 You can drop your kayaks off right near Harvard at one of the many on/off points along the Charles River. When you get off, you’ll want to explore all the area has to offer. The historic Harvard Yard is a beautiful walk in any season, and cafes like Cafe Pamplona (The oldest in Harvard Square) are famous in their own right. After getting some caffeine in you, head down Tory Row, where you can find mansions dating back to the 1800’s. If you’re feeling like a nice walk or bike ride, you can even cross Cambridge and go from Harvard all the way to MIT (it’s actually not that far.) If you do find yourself at MIT, hit up the University’s museum which is filled with awesome and obscure technology!

TAKE IN SOME THEATER 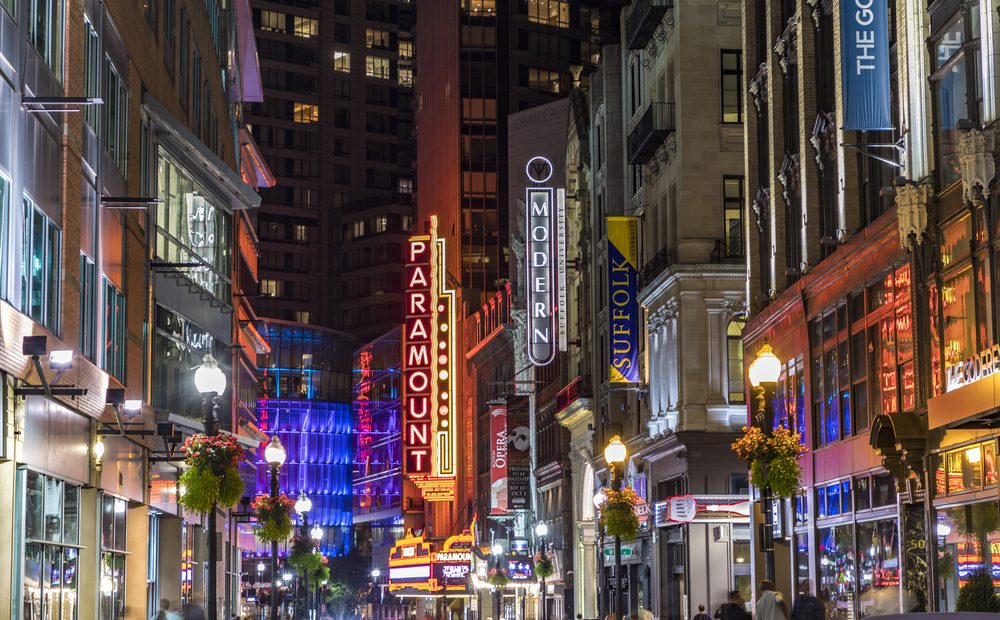 Broadway and West End may be the most well-known theater districts in the world, but most shows don’t actually premiere on Broadway…they “preview” in other cities before making their way to the Big Apple. To catch great shows at great prices, the Boston theater scene is a must! Some shows that have premiered in Boston before going to Broadway have been, Promises, Promises, Anything Goes, Follies, and two shows that are about to hit broadway: Moulin Rouge! and Jagged Little Pill, also did their preview runs in Boston.

TAKE IN SOME HISTORY 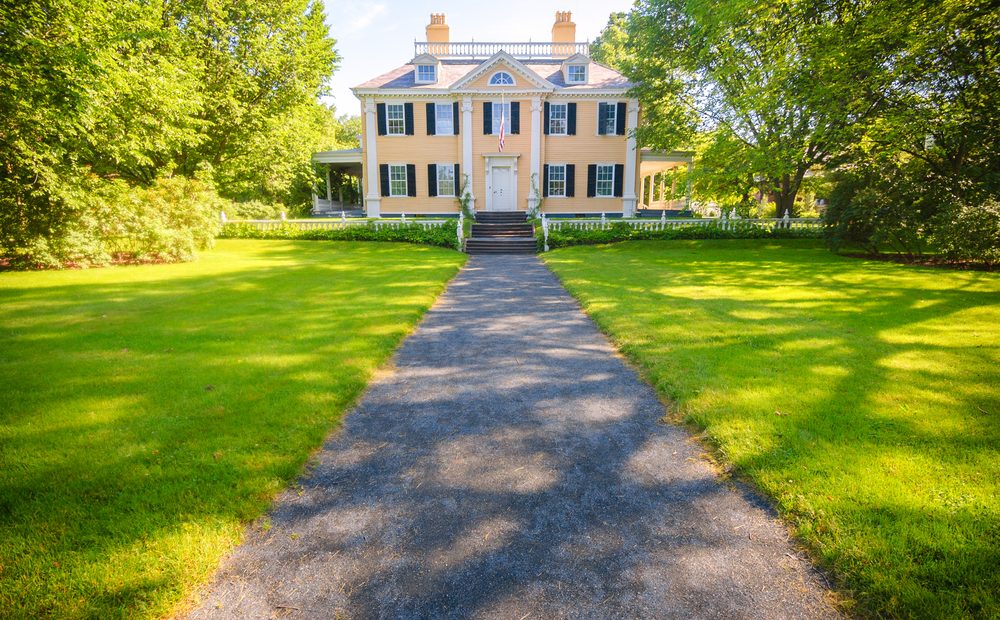 A trip to Boston wouldn’t be complete with taking in some of its breathtaking history. The Longfellow House (Which is where George Washington was stationed during the Siege of Boston) is a beautiful property complete with a museum inside and a peaceful garden in the back. Another famous homestead in Boston is the Paul Revere House, the home of the famed patriot who rode his horse in the middle of the night to warn of the coming British forces. If you’re looking for a more touristy-type attraction, you can throw your very own crate of tea into Boston Harbor at the Boston Tea Party Museum. 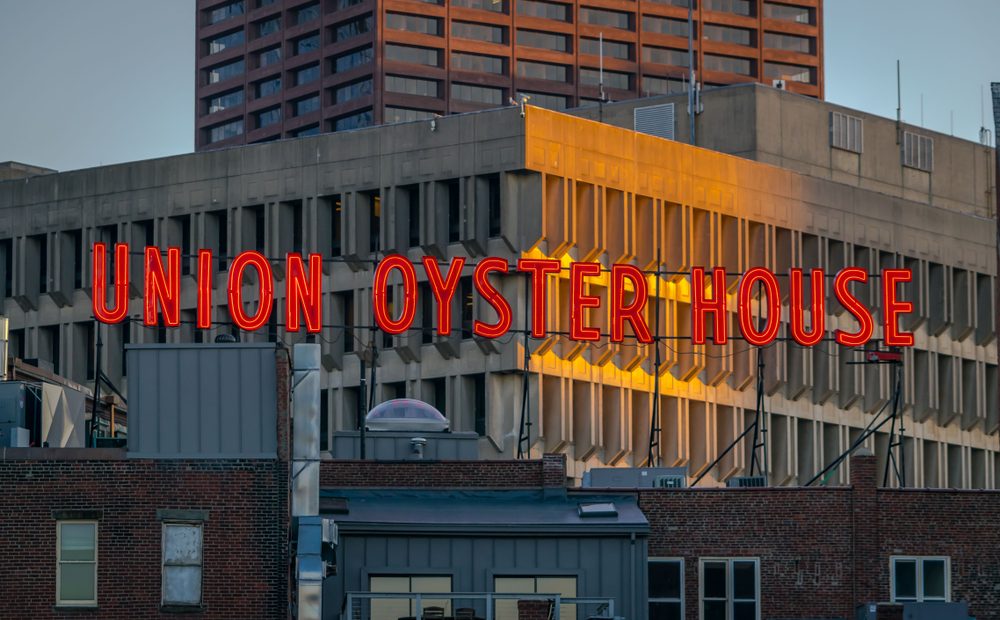 The eastern seaboard is a seafood lovers paradise. From Maryland crab-cakes all the way up to Maine lobster, seafood is something you must eat while in New England. Seafood is so big in Boston that they even launched their own upscale seafood chain, Legal Seafood. For some of Boston’s best, be sure to check out The Barking Crab for a hardcore crab-cracking feast, Ostra for your classy weekend dinner, or the Island Creek Oyster Bar for a classic New England experience.