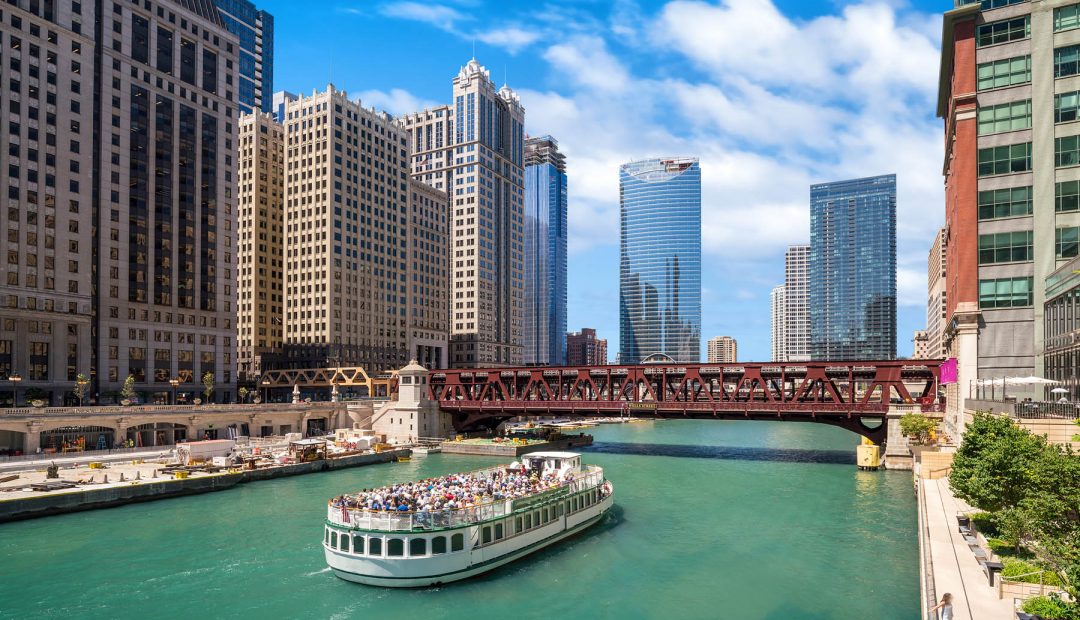 Chicago is one of the most exciting and fascinating cities in the USA. People from around the world come here to experience and enjoy the food, arts and culture, architecture, sports, and Midwestern hospitality. As someone who has lived in Chicago, I’m here to tell you about some of the best things to do during your next trip.

Lincoln Park is the neighborhood located directly above downtown Chicago. To get there, hop on the Red, Brown, or Purple lines to any station from Fullerton to Belmont. The neighborhood is awesome because it’s “real” Chicago. Downtown is filled with chain stores and the Cheesecake Factory, but Lincoln Park is where the city really starts to become fun. The neighborhood is named for the giant park that it surrounds. Here you can visit the free Lincoln Park Zoo and the very cheap, but very fun, Peggy Notebaert Nature Museum. Or, if the weather is nice, just stroll the lakeshore.

Be sure to head to Lincoln Park for breakfast one morning as well! Ann Sather is phenomenal, and known for their gooey cinnamon rolls. But the most enjoyable thing to do in Lincoln Park is to simply wander. You’ll pass historic brownstones, wonderful cafes, local shops, and the remains of what was once Chicago’s hippie scene.

Chicago has some of the best museums in the entire world. And three of them happen to be conveniently located next to each other, right on the shore of Lake Michigan. At Chicago’s Museum Campus, you’ll find the Field Museum, which blends history, nature, and science together. The Field is also famous for their resident T-Rex named Sue, which is one of the most complete T-rex fossils ever found (they have over 90% of the original dinosaur).

You’ll also find the Shedd Aquarium. Every year the Shedd Aquarium welcomes 2 million guests for unforgettable encounters with belugas, bluegills, stingrays, sturgeons, sea otters, and many other aquatic animals.The Shedd is also dedicated to saving endangered species and their habitats. Their animal care experts rescue and rehabilitate wildlife in need, across the country and around the world.

Lastly, there’s the Adler Planetarium, which is loaded with awesome things to do, like yoga inside the planetarium showing stars above you, virtual tours of the solar system, and a fascinating exploration into the dwarf planets within the Milky Way that we’re only just now discovering.

Chicago has a surprisingly vivid Chinatown. To get there, take the Red Line down to the Cermak/Chinatown stop. When you get off the train, you’ll see the giant arbors greeting you. Head to MingHin for some phenomenal dim sum or a proper Chinese dinner. If you want seriously delicious bubble tea, check out Hello Jasmine. Try the light and fresh grapefruit green tea, which comes with fresh slices of grapefruit in the cup. For something more indulging, get the roasted oolong milk tea with boba. If the weather is nice, head to Ping Tom Memorial Park for a truly unique experience. Here, a traditional Chinese garden lies next to a river filled with iron bridges and warehouses. The mix of Asian culture with Chicago industrialization is absolutely fascinating.

Welcome to my old neighborhood. The Rogers Park and Edgewater neighborhoods are securely “off the beaten path” and you’ll hardly encounter any tourists at all. To get there, take the Red Line to the Loyola stop.That will put you in the heart of the neighborhood. And trust me, this place is all local, but holds some exciting finds. For starters, did you know you can stay in a Frank Lloyd Wright house? In Roger’s Park we have Wright’s Emil Bach House, which is available to be rented as a vacation home.

Also in the neighborhood is the now world-famous Metropolis Coffee Company. Metropolis coffee is served all over the continent, but to this day, they only have one physical location, and it’s right on Granville at the border of Edgewater and Rogers Park. I spent a good amount of time there working on homework assignments alongside other Loyola students and the beatniks of Chicago’s Northside.

You can’t leave without having dinner at Uncommon Ground. This is place is awesome! The restaurant collects honey from their rooftop apiary, and herbs and veggies from their planter boxes, all of which is walked downstairs and then prepared into delicious meals. You can find nightly live music and poetry readings here as well, not to mention a cozy interior that’s both modern yet very vividly midwestern. Mark my words, you must go here when you visit Chicago!

There is truly something magical about the Chicago river, and it really does seem like the epicenter of the entire city. They dye it green for St. Paddy’s Day, they run the famous architecture cruises down it, and tourists line the bridges for that perfect insta-moment. Lining the river is the Marina City towers, which was intended to be a complete upward city (and was also featured in The Dark Knight); Merchandise Mart, which when it was built was the largest building in the world; the stately Wrigley Building; the gothic Tribune Tower; and so much more.

HAVE DRINKS IN THE HANCOCK BUILDING

On the 96th floor of what most people call the Hancock Building is the Signature Lounge. Here you can sip on cocktails as you look out over the entire Chicago skyline. On the 95th floor, they also have a restaurant called the Signature Room, where you can order lunch or dinner. The view during the day is nice, and if it’s your only option, go at that time. But nothing compares to gazing out over the glittering lights of the city at night. It’s a great spot for a romantic date, or entertaining clients.

Openly Gay Man to Run for President of Tunisia