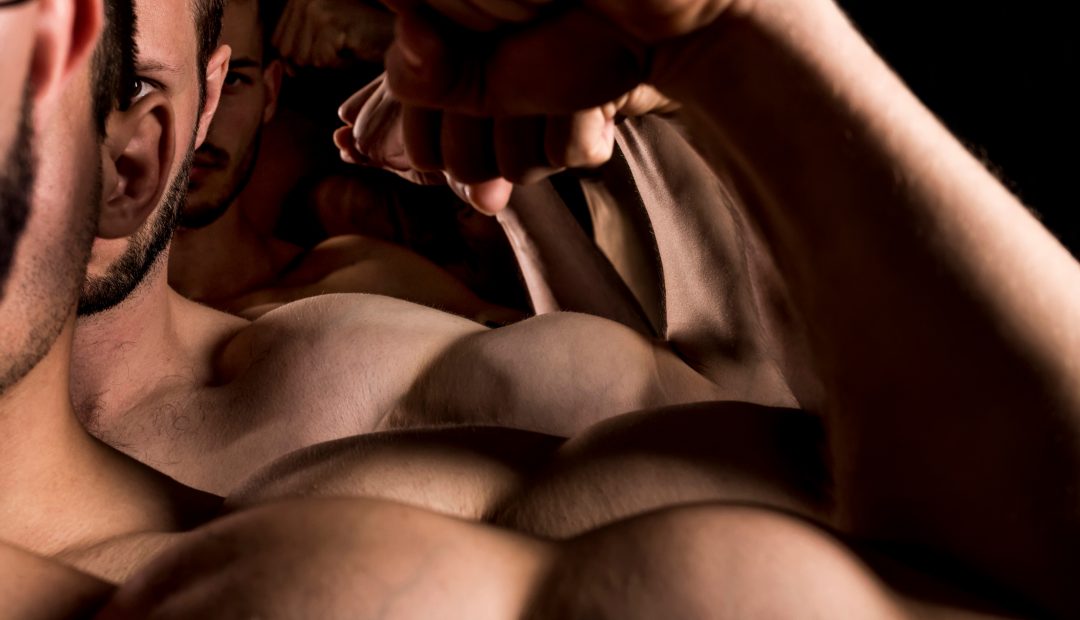 The adult entertainment website Mr. Man collects the hottest images and clips of male celebrities from movies and TV. Each year, the site also puts out a ranking of the most searched celebrities, based on page-clicks on their site. And now, as the decade came to a close, Mr. Man is releasing the top-searched steamy, dreamy male celebs of the decade. Can you guess who made the list?

Audiences couldn’t get enough of the new Superman: Henry Cavill…especially since his portrayal of the superhero involves lots of shirtless scenes. But Cavill really bared it all (and often) during his run on the hit Showtime drama, The Tudors, which ran from 2007-2010.

While Nick Jonas has never shown his stuff on camera, he has flaunted his abs a lot in his TV show, Kingdom (the show also features some underwear scenes.) But nevertheless, viewers have clearly wanted a glimpse at whatever they can, as many have grown up crushing on the Jonas Brothers. Nick’s most-famous underwear moment though is surely his Calvin Klein ad, where he mimicked Mark Whalbergs’s notorious 90s shoot.

Steamy Projects: The Paperboy, The Lucky One, Dirty Grandpa

As the years go on, Zac Efron seems to get more and more naked. Efron’s first dose of notoriety came in 2012 with Lee Daniel’s The Paperboy, where Zac spent a very long scene in nothing but tightey-whities. That same year in The Lucky One, he would go on to show his booty, as well as copious amounts of shirtlessness. But the real head-turner was in 2016’s Dirty Grandpa, where Efron not only ran around in red briefs, but also gets fully naked, and at one point, a side view of “Zac Jr.” can be seen.

Here’s the full top-ten list of the most searched men from Mr. Man: 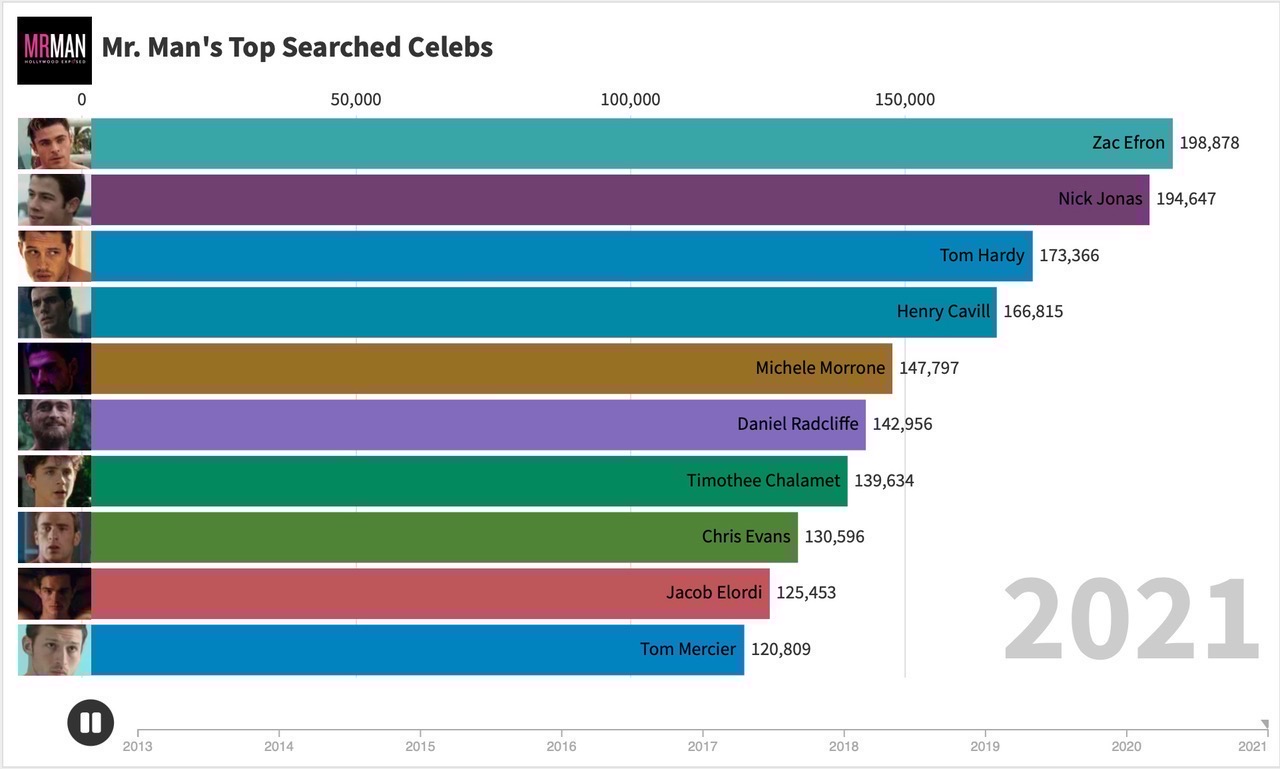 To watch the animated graph show the top 10 most-searched men of each year, click here.

Joe Biden Gets to Work Protecting LGBTQ Rights, the Environment, and Combating Racism

The amazingly talented Bette Midler is turning 70 years young today! The influential actress, singer, and comedienne has had a…