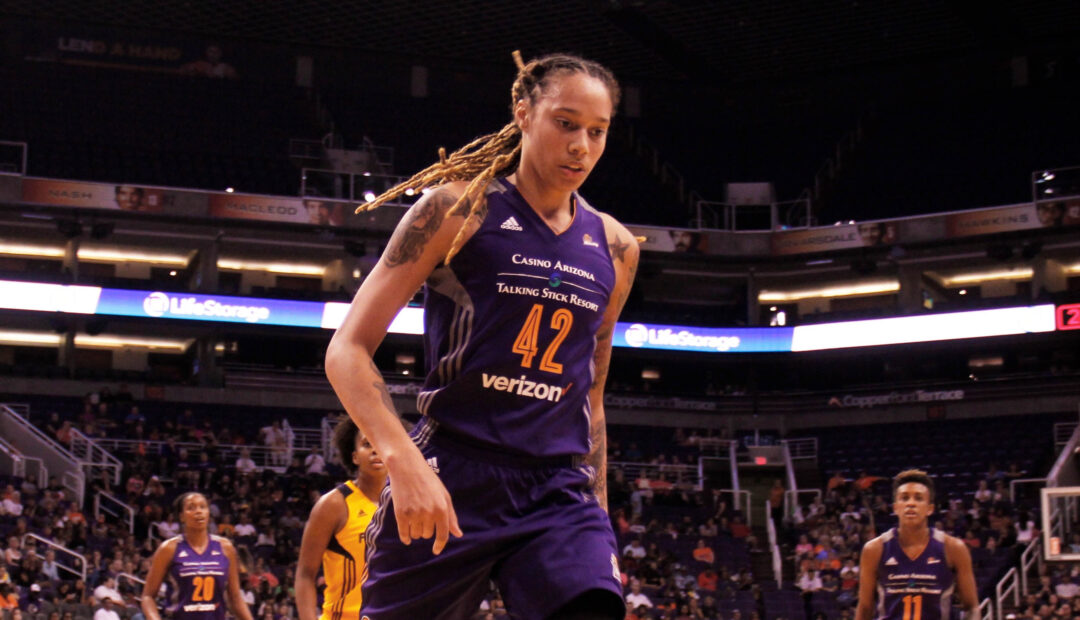 President Biden announced Thursday morning that WNBA player and two-time Olympic gold medalist, Brittney Griner, is returning to the United States after being detained in a Russian prison for nearly a year.

Griner, 32, was set to serve a 9-year sentence after being found guilty of drug-smuggling charges. She was returned in exchange for Viktor Bout, nicknamed the “Merchant of Death,” a Russian arms dealer being held in the U.S, who was set to serve 25 years in an American prison for conspiring to sell arms to people who planned to kill Americans.

In February, Griner was detained for carrying hashish oil and vape pens in her luggage as she was traveling to join a professional basketball team she played for in Russia. Griner has revealed that she uses cannabis for sports-related injuries as the drug is often used to treat pain and help with sleep..

NPR reported “The U.S. government has long resisted prisoner swaps out of concern that it could encourage the imprisonment of more Americans abroad. The exchange for Bout should not be interpreted as a new normal practice, but that there are times where there are no alternatives, a Biden official said.”

Griner’s wife, Cherelle Griner, said of her wife’s return at Thursday’s news conference “today is just a happy day.” Other organizations including the WNBA have put out statements regarding her release.

The WNBA said in press release: “There has not been a day over the past ten months where we all haven’t had Brittney Griner on our minds and in our hearts and that has now turned into a collective wave of joy and relief knowing that she will soon be reunited with her family, the WNBA community, and her friends.”

The Human Rights Campaign said “Brittney is so much more than a WNBA superstar and Olympian, she is an American hero who had undergone unfathomable hardship. After being wrongfully held for 294 days away from her home, her friends, and most importantly her family, we celebrate her release.”

Many organizations and the public have now turned their attention to the release of Paul Whelan who has spent four years in a Russian prison after he was convicted of espionage when attending a friend’s wedding in Russia.