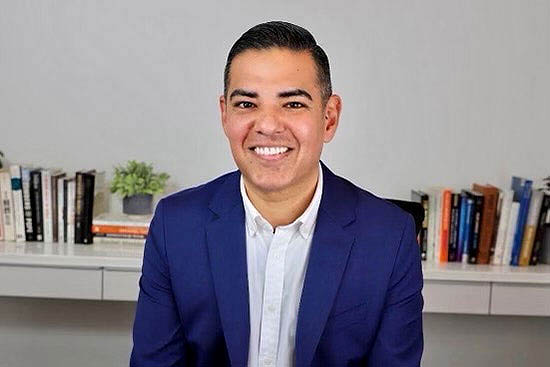 Robert Garcia was sworn into Congress with a copy of the US Constitution, a photo of his parents, and a comic book, the original copy of Superman #1.

The incoming US Congressman decided to choose items with strong significance to him and tweeted a photo of his citizenship certificate, a photo of his parents, who passed away during the COVID-19 pandemic, and an original copy of Superman #1, borrowed from the Library of Congress.

Garcia tweeted on November 14, 2022, that comic books have been an invaluable asset to him growing up in the United States and that the lessons he’s taken from them have shaped his experiences as an elected official and as a member of the LGBTQ+ community.

After immigrating to the US from Peru when he was 5, Garcia attended the University of Southern California and Cal State Long Beach, earning his master’s and becoming a career educator before venturing into politics.

For the past eight years, Garcia has served as the mayor of Long Beach, Calif., where he championed causes like tuition-free community college, a universal basic income, and his signature ballot initiative, Mission A, which advocated for infrastructure repair and well-paying union jobs.