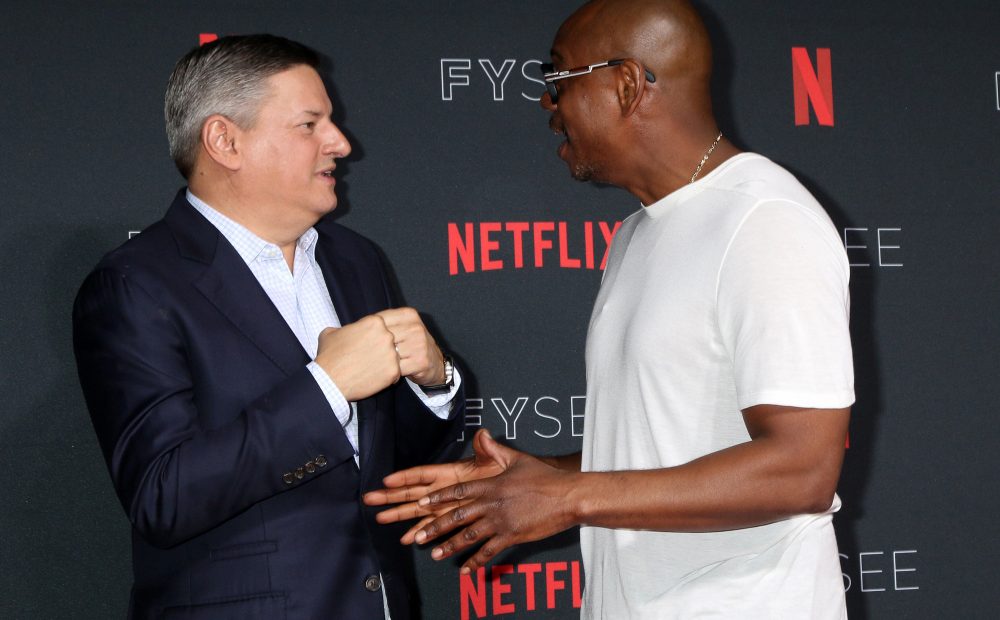 As almost everyone has heard by now, Dave Chappelle recently released a new stand-up special on Netflix called The Closer. During his routine, Chappelle blasted the LGBTQ community numerous times. Throughout the special, he made comments such as:

~ Claiming he was on “team TERF” (meaning feminists who reject that trans women are women).

~ He said “gender is a fact” and that trans women have fake vaginas. He went on a diatribe about how trans women’s vaginas are “Beyond Pussy” and “Impossible Pussy,” mocking their bodies by comparing them to brands of meat alternatives.

~ He went on to defend his comments by saying, “I have never had a problem with transgender people…If you listen to what I’m saying, clearly my problem has always been with White people.” Insinuating that, apparently, to Chappelle, the LGBTQ community is comprised solely of white individuals.

This is also compounding the hate speech included in his previous specials, which all had segments mocking trans people.

This led to a procession of other comments that seemed to trigger Chappelle about race and sexuality. According to Chappelle in the special, he believes that the LGBTQ community has gotten what they wanted and has achieved equality, while Black people (men especially) haven’t.

This led to backlash on social media and in the news, especially from Black LGBTQ viewers, who said that Chappelle’s lens of the world, which sees the LGBTQ community as solely made of white people. was insulting and erasing.

Many activists and nonprofit groups also took to social media, including GLAAD, who posted a comment while retweeting NPR’s rundown of the new special.

Dave Chappelle's brand has become synonymous with ridiculing trans people and other marginalized communities. Negative reviews and viewers loudly condemning his latest special is a message to the industry that audiences don't support platforming anti-LGBTQ diatribes. We agree. https://t.co/yOIyT54819

There’s also been turmoil at Netflix. Jaclyn Moore, a showrunner for the streaming service’s popular series, Dear White People, quit after taking aim at Netflix for allowing the special to stream. Moore, a trans woman, says that the rhetoric in the special could lead to real impacts on trans people and could even cause violence.

Despite the backlash, Chappelle is being widely embraced by society. He recently did a sold-out show at the Hollywood Bowl that attracted numerous celebrities, including Brad Pitt. At the show, he made the comment, “Fuck Twitter. Fuck NBC News, ABC News, all these stupid-ass networks. I’m not talking to them. I’m talking to you. This is real life.” He then received a standing ovation, where he stated, “If this is what being canceled is like, I love it.”

This all comes at an odd time in society, as more and more Americans are turning against the idea of “Cancel Culture”, which could explain why Chappelle is seeing a strange amount of support for his words. However, it needs to be said that the words spoken by Chappelle are harmful and contribute to queerphobia by showing it getting cheers and laughter rather than condemnation.