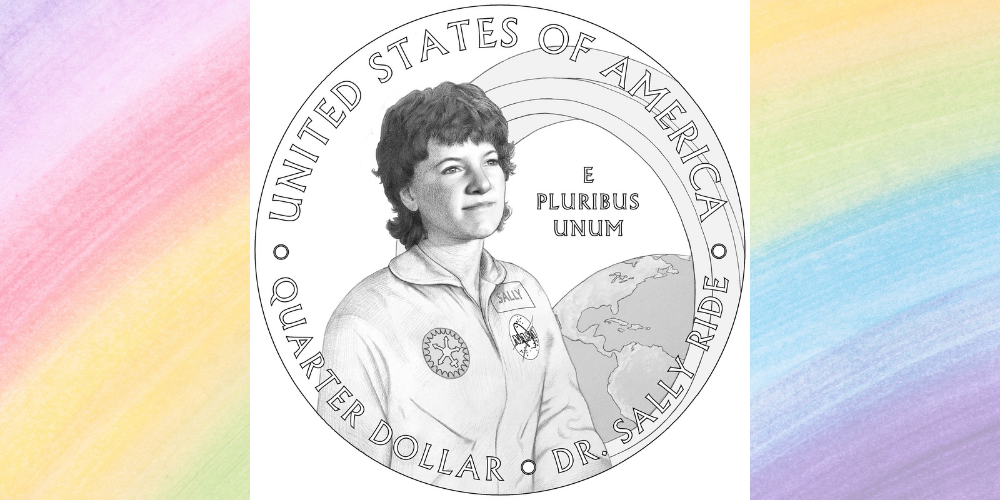 According to the US Mint, the American Women Quarters Program is, “a four-year program that celebrates the accomplishments and contributions made by women to the development and history of our country.” It will run for four years, celebrating a new group of women each year. 2022 will be the inaugural launch of the campaign, and the original lineup of women selected to be honored are:

LGBTQ Nation states that Dr. Ride will become the first known LGBTQ person to be featured on US currency in the entire history of the nation. Dr. Ride came to prominence in 1983 when she became the first woman in space after her mission on the space shuttle Challenger. Dr. Ride would go to space once again on the Challenger in 1984. She spent much of her later life as an educator and activist for women in science.

Upon her death in 2012, her obituary read that a woman named Tam O’Shaughnessy had been Ride’s partner for 27 years. The comment was later verified by Ride’s family members, effectively officially outing Sally Ride. O’Shaugnessy currently runs the Sally Ride Science organization at the University of California San Diego, which advocates for women in science and the need for diversity.