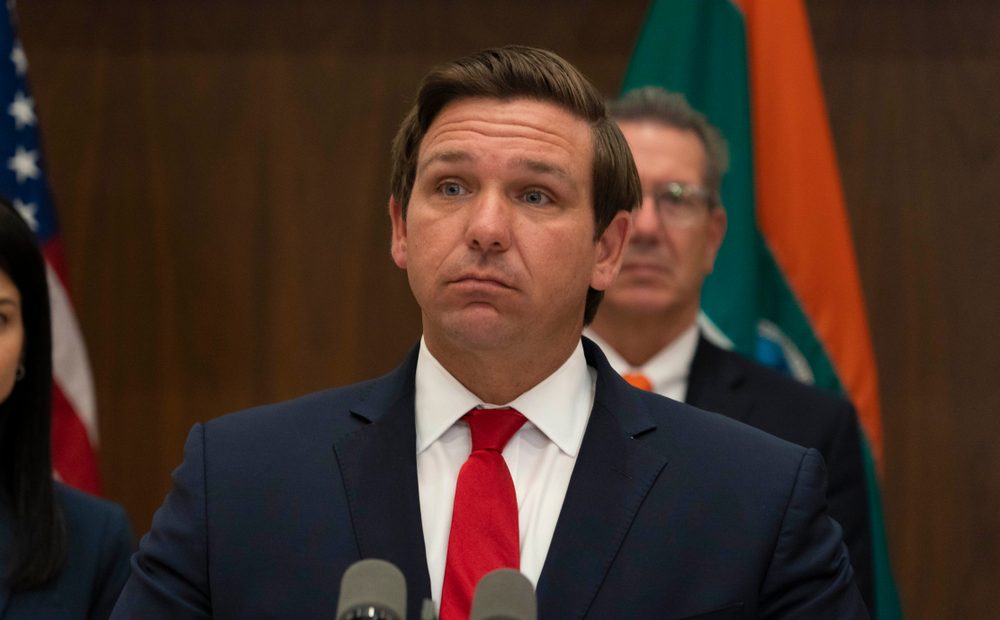 Florida’s anti-democracy state senate has approved a Putin-inspired ‘Don’t Say Gay’ bill. However, a majority of Floridians don’t even support this legislation.

A statement released by the Human Rights Campaign says, “According to the Public Opinion Research Lab (PORL) at the University of North Florida, 49% of Floridians oppose the legislation while only 40% support it. Opposition for the bill is even stronger in younger populations. A majority of Floridians between the ages of 18 and 24 disapprove of efforts to erase LGBTQ+ people in classrooms.”

Governor DeSantis, who supports the bill, is going against the bulk of his own constituents in order to pander to the alt-right Trumpism crowd in his desperate attempt for a 2024 presidential bid.

Fortunately, many Floridians, especially younger ones, are determined to fight back against the state’s blatant bigotry and hate. In schools across Florida, students are organizing walkouts and so far thousands have left their classrooms to join protests where they shout “We say gay!”

Equality Florida, a nonprofit that fights for equality and justice for minority communities, has released a statement regarding the bill’s passing, vowing to fight back against any injustice that will result. The organization stated,

“Let us be clear: should its vague language be interpreted in any way that causes harm to a single child, teacher, or family, we will lead legal action against the State of Florida to challenge this bigoted legislation.

We will not sit by and allow the governor’s office to call us pedophiles. We will not allow this bill to harm LGBTQ Floridians. We will not permit any school to enforce this in a way that endangers the safety of children. We stand ready to fight for Floridians in court and hold lawmakers who supported this bill accountable at the ballot box.”

The bill is expected to be signed into law by DeSantis this week.

Disney Needs to Stand Up Against ‘Don’t Say Gay’ Bill