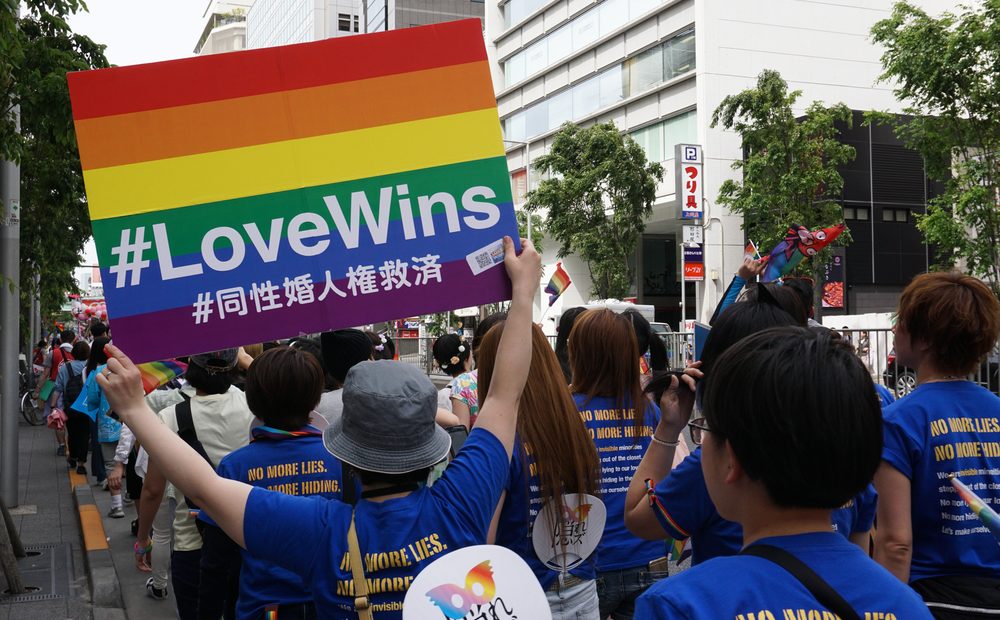 In a historic moment for equality, the Sapporo District Court in Japan declared that sexuality, like race and gender, isn’t a choice, and therefore discriminating against people because of it goes against the Japanese Constitution.

According to the AP, “Judge Tomoko Takebe said in the ruling that not allowing same-sex marriages violates Article 14 of the Japanese constitution, which prohibits discrimination “because of race, creed, sex, social status or family origin.” While the ruling doesn’t have any immediate legal impact, it does mark a significant change in the mindset of Japan, a country that has long been fueled by traditionalism and conservatism.

This also could mean big changes in the rights of LGBTQ people in the country. According to NBC News, “Under the current rules in Japan, same-sex couples are not allowed to legally marry, can’t inherit their partner’s assets (such as the house they may have shared), and also have no parental rights over their partners’ children.”

The issue still has a long way to go. A new law would be needed to enact real, legal change, which, in conservative Japan, is going to take some time. However, the fact that a court has taken the time and courage to stand up for the LGBTQ community is a huge win for equality and the betterment of the lives of Japanese citizens.

The fight for same-sex marriage goes far beyond the idea of marriage alone. By not allowing LGBTQ people to marry, it sends a message that they are less than others, and it fuels the further restriction of rights as well as increases the amount of bigotry and violence against LGBTQ people. In a world that seems to be slowly regressing back into bigotry, it’s impressive and motivating to see Japan showing signs of true change.