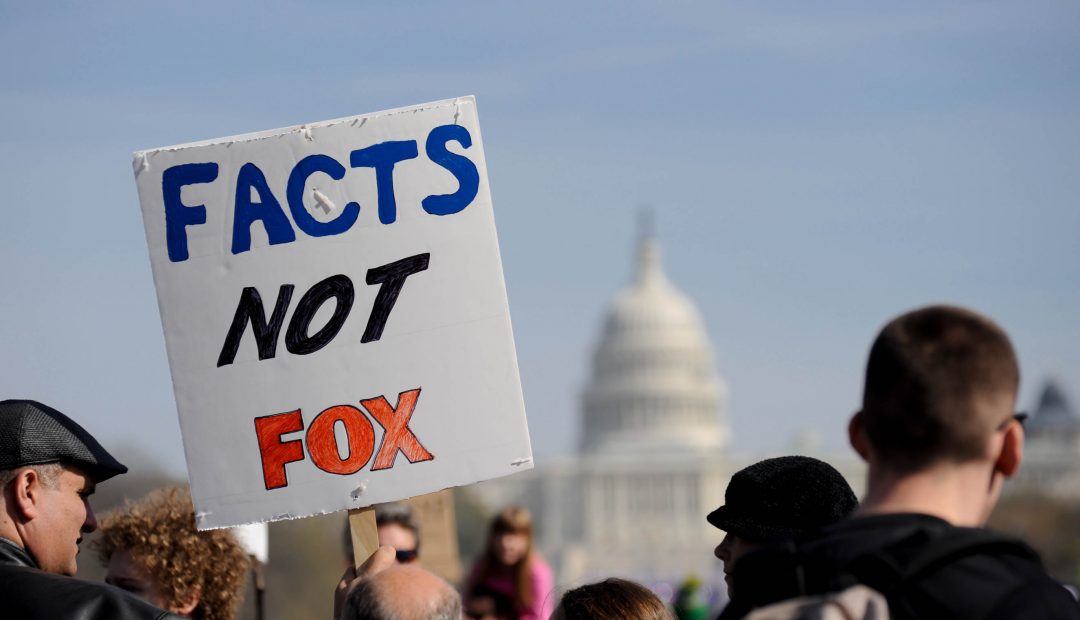 A group for LGBTQ Fox Corp. staff (which consists of assets like the Fox channel, Fox News, Fox Business, TMZ, and more) has reportedly made internal complaints about the blatant bigotry and homophobia being spewed across Fox News in recent weeks.

Being a Republican propaganda network, Fox News has given its full support to Florida’s governor, Ron DeSantis, and his hatred of the LGBTQ community. In order to support his “Don’t Say Gay” bill, Fox News has resorted to demonizing the LGBTQ community and supporting harmful conspiracy theories that gays are all “grooming” young children to apparently become gay.

The argument has no logic, but as we’ve seen with the lies about the 2020 election, Republicans don’t need a logical argument, they only need emotional stimulus…which is exactly what Fox News is giving them.

Now, LGBTQ Fox Corp. employees are speaking out. The group, which calls itself Fox Pride, apparently sent out a message through the companywide Slack channel to share a message of anger over Fox News’ comments.

According to The Daily Beast, the message read:

“Fox Pride denounces statements made regarding sexual orientation and gender identity on FOX News in the past week. While the internal support and resources Fox Corp. offers to LGBTQ+ employees are amazing and supportive, the public-facing messaging and rhetoric is the opposite. We find it disheartening and a step backward in the acceptance of the LGBTQ+ community.”

The message is slightly confusing in that it’s odd to imagine LGBTQ employees at Fox actually believe that the company internally supports diversity. Fox News has been homophobic for decades now, siding with every anti-LGBTQ politician, demonizing gay marriage, spreading lies about Prop 8, and more. Hateful and bigoted rhetoric on Fox News is nothing new. However, this could also be a rhetorical device to drum up support from other employees and not completely insult the company.

Regardless, it’s good to know someone at Fox is standing up for what’s right. Given the company’s history, it’s unlikely anything will change or that Fox will care, but it’s still an empowering sign to know that they’re at least getting resistance from within their own ranks.

‘Trixie Motel’ to Stream on Discovery+