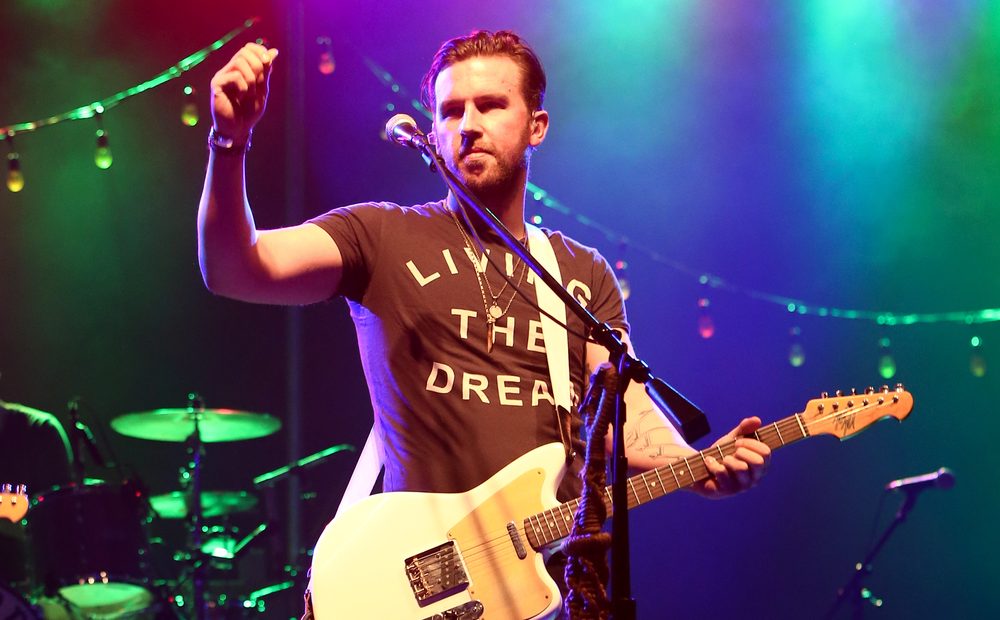 T.J. Osborne, one half of the hit country duo, the Brothers Osborne, has been making waves in the country music industry this year since coming out in February. Since then, he’s become an advocate for equality as well as standing as an example that LGBTQ people can achieve their dreams, no matter what they are.

Last night at the annual Country Music Awards, the Brothers Osborne won the award for Vocal Duo of the Year – marking the fourth time the Osbornes have taken home that award.

Upon hearing of their win, the two brothers hugged each other, and then T.J. bent over and kissed his boyfriend, Abi Ventura. The moment was brief but felt incredibly natural and moving.

After making their way on stage, T.J. Osborne thanked the voters and the industry, and then stated, “I tell you, every time we have won this award, it has never, ever ceased to be extremely shocking.”

According to LGBTQ Nation, the Brothers Osborne also performed their song “Younger Me” at the awards ceremony which tells the story of T.J.’s struggles with coming to terms with being gay when he was younger.

Earlier this year, Republican politicians in Tennessee sparked controversy after they blocked a measure to honor T.J. Osborne for coming out. The resolution would have commemorated and acknowledged that T.J. Osborne is currently the only openly gay musician signed to a major country music label.

The move created a backlash from many country music lovers who support Osborne.

Massively disappointed in TN House Republicans for blocking my friend @TJOsborne for being honored because HE’S GAY!? https://t.co/bAAzfNRDUw https://t.co/xBIxZrc5jZ

Kacey Musgraves even took to Twitter to say that she was “Massively disappointed” the move was blocked.

However, last night’s CMAs are a great way to show Tennessee, the nation, and the world that being LGBTQ isn’t anything to be feared or hated. Love is love, talent is talent, and success is success.